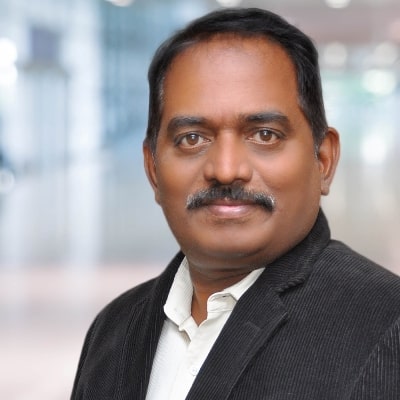 K7 Computing Private Limited, announced the appointment of its new Chief Executive Officer (CEO). K Purushothaman joined as the new CEO from the 1st of March 2019.

Purushothaman joins from NASSCOM, where he served as Senior Director for over a decade. In his previous roles, he has been the Head of Communications for Aircel and has also been associated with Hyundai Motor India Limited. He brings with him strong experience of over two decades in Sales & Marketing.

Commenting on the new appointment, J Kesavardhanan, Founder & CTO, K7 Computing said “On behalf of the entire team, I welcome Mr. Purushothaman to K7 Computing and wish him great success in his new role.” He further added, “As the first indigenous cybersecurity solutions provider, K7 Computing has always been driven by a strong focus on technology. I am confident that with his experience, Puroshothaman will also induce Marketing and Sales focused work culture, which is equally important for the overall brand reputation and growth of an organization.”

Kesavardhanan, who is the Founder of K7 Computing and was also, shouldering the responsibilities of the CEO, will now be the Chief Technology Officer (CTO). As a passionate technologist, Kesavardhanan has always worked closely with the product development teams and with this new role he will get an opportunity to focus on technological advancements and research in a better manner. He has always aimed to establish K7 Computing at the pinnacle of cybersecurity research and development work.

Kesavardhanan has also been appointed as the first CEO of AVAR. AVAR is the Association of Anti-Virus Asia Researchers established in June 1998 with the objective of countering the spread of malware and mitigating its impact.

Commenting on his appointment, K Purushothaman, Chief Executive Officer, K7 Computing said “It is my privilege to be associated with the pioneer of cybersecurity solutions in India. K7 Computing has a robust product line and superior support services for the consumer segment. Building on this success, I aim to establish K7 Computing as the most preferred brand for the enterprise segment.” He further added; “With the recent repositioning and expansion into the enterprise segment with new offerings; K7 Computing is well positioned to enter into an era of growth and expansion.   I look forward to contribute to this growth and serve our customers with world class products, solutions, and services and ensure them superior levels of security.”