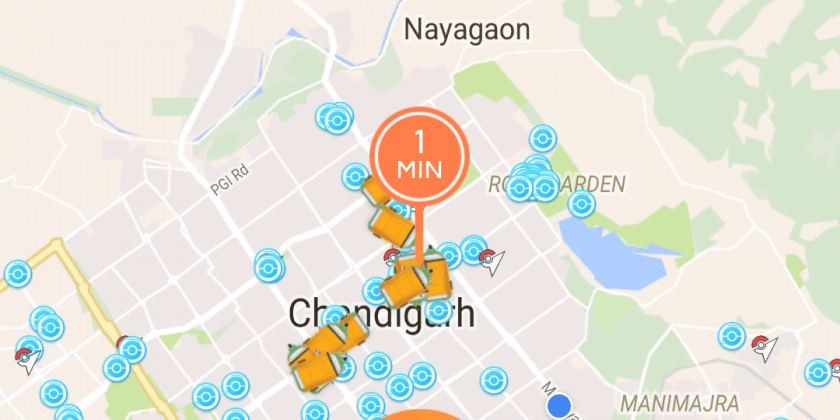 Appease your Pokemon bug with Jugnoo’s latest integration – ‘Pokemon Go’ into the app. The integration is corresponding to the advisory issued – “Do not drive and play Pokemon Go”, by the game developer Niantic Labs and most of the governments around the world, in public interest. The additional feature is also a customer engagement endeavour by Jugnoo, to help ‘Pokemon Go’ zealots to play their favourite online game, while riding with Jungoo. Furthermore, this integration also brings to the fore, Jugnoo’s up-to-the-minute façade, pacing up with various ongoing frenzies across industry.

Commenting on the integration Samar Singla, Founder and CEO, Jugnoo said, “Pokemon Go is trending across the world and the nexus that we identified between our brand and the game is that – both have to do with travelling or be on the move. The game can only be played while on the go and doing so, while driving, could be risky. Ensued by that, we saw an opportunity in this and realized that playing it in an auto could be fun. Therefore, we decided to help our users to play Pokemon Go while riding in Jugnoo. Our latest update will show all the Pokestops and Gyms in the city, which will help users plan their Jugnoo ride while playing Pokemon Go”.

The integration is touted to be the safest and the least time consuming way to play Pokemon Go. Jugnoo users can plan their route that takes them through various PokeStops and they can smack a Pokemon or two at the Gyms around the city.

Users get a button to enable/disable Pokemons on their profile page, if enabled; the user would see PokeStops and PokeGym on the map. Furthermore, if a user has the game installed in his/her Android phone, their Pokemon mode would be enabled by default. Users can see PokeStops and PokeGyms on map and accordingly they can plan the ride to collect maximum Pokeballs during their Jugnoo ride.

Enthused by the profitable and effective tryst with its in-house technology ‘Data Loops’, Jugnoo unveils…