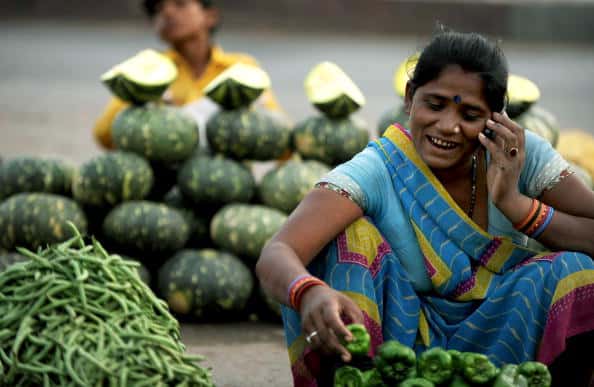 Jio! Jio ! Jio!  The rhetoric is going stronger with each passing day for Reliance Jio (RJio) as it counts layman’s abundance blessings on it. With the dynamic changes in calls, data plans and the free bonanza, customers have nothing to say but ‘Jio Jeete Raho’.

The coming of RJio has triggered other incumbents to relook and revisit their plans, making customers profitable. With the recent cut in IUC, the hue and cry of incurring losses among incumbents have risen but again Jio turns out to be the gainer in the overall process and promises to pass on the benefits to customers.

About 57% cut in IUC has left the incumbent operators to crib and new entrant Reliance Jio to rejoice. The IUC cut would lead to transfer of $500 million-600 million per year to RJio from incumbents like Bharti Airtel, Vodafone and Idea Cellular.

Industry experts believe that the coming of RJio has been advantageous for the customers in many respects and so, there’s no doubt that this disruption has brought in lot of changes in the telecom industry.

“Firstly, the entry of RJio has led to consolidation in the industry, unless it would have been a fragmented industry with about nine to 10 players.  Its entry has led to technology advancements, unless nobody would have invested in running the latest technologies. Without Jio, the 4G ride would have been delayed, with still 3G playing an integral role,” says TV Ramachandran, President of Broadband India Forum and former Director General of COAI.

The industry veteran also adds that the prices of voice and data plans have crashed like anything and for that RJio should be given credit.

Echoing similar views, Rajan Mathews says Jio’s entry has really helped in many aspects and we can’t deny that RJio has led to consolidation and advancement of technology in the industry.

RJio has brought in IP networks into the system and gradually, the technology is moving from circuit-switching to packet-switching. Incumbent operators today are actively working on to bring the latest technology and to improve quality simultaneously.

Rating agency Fitch has also claimed that “IUC would be a boon to Jio as the move should bring significant cost-savings and lead to faster-than-expected EBITDA break-even for Reliance Jio.”
Jio’s active subscribers’ base stood at 98 million at end-July 2017. In addition, Jio apps are also gaining popularity among users. free voice call offerings and the rising popularity of data-led ‘over the top’ (OTT) operators.