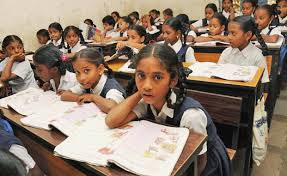 JDA Software, recently inaugurated a two-story school building for one of its adopted schools, Sri Sri Gnan Mandir at Gabbilalapet, Kapra. JDA CEO Girish Rishi inaugurated the new building in a special event organised at the school. Fully funded by JDA as part of its commitment to community engagement, the construction activity began in March 2016. Earlier, the classes were arranged in rooms made of metal sheets.

Speaking on the occasion, Rishi said, “To each one of us at JDA, giving back to the communities in which we live is something we are committed to as an organization and is underscored as part of our core value of teamwork.  Improving the quality of access for the economically challenged has the potential to positively impact India’s future and economy. This is also the manifestation of one of the goals in the JDA 2020 Manifesto of providing a better path forward to children of the world. I would like to congratulate our associates for their selfless effort in making this possible.”

Over the last three years, JDA has expanded its volunteer program to adopt five schools thus positively impacting over 1,000 students in India. Sri Sri Gnan Mandir is one of three schools adopted in Hyderabad and two more schools are located in Bengaluru.

In his comments, Vinok Sequeira, group vice president, human resources, Asia-Pacific. JDA, said, “As part of the volunteer program, JDA India associates have contributed over 7,000 hours of community work in the fields of education, community health, women welfare, and environment. With these programs, JDA continues to impact numerous lives across Hyderabad and Bengaluru.”

JDA Software is a global supply chain software provider, based out of Arizona, USA, present…