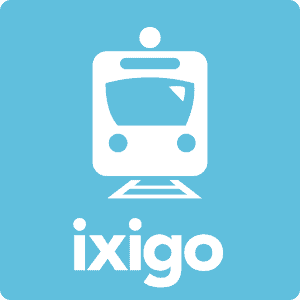 ixigo announced that the ixigo Trains App has emerged as the world’s 6th most downloaded travel app on Google Play store. As per Sensor Tower’s November 2018 data report, ixigo trains app features in the top 10 downloaded apps in the travel segment, just behind Uber, Grab and Google Earth. This top spot makes ixigo the fastest growing and most trusted travel app in the market.

ixigo is now focusing on its trains app to capitalize on growth from the “next billion users” from tier 2 and 3 towns. The company has in the past one year launched a slew of AI and big data innovations, including its award-winning multi-lingual voice-based travel assistant – TARA, Siri shortcuts and an AR feature, making it easy for passengers to locate their coach positions at more than 7,000 railway stations across the country. In order to ease the pain points of train travellers in India passing through low network areas, the company also launched an offline mode feature for passengers to check live running status without internet.

Commenting on the achievement, Aloke Bajpai, CEO and Co-Founder, ixigo said, “ixigo’s train app has become the default travel app for millions of people who travel by trains, flights and buses in India. Nearly half of the smartphone population in many Tier 2 towns such as Jaipur, Lucknow, Patna, Indore, etc. now use ixigo for all their travel requirements.”

Rajnish Kumar, CTO & Co-Founder, added, “With our deep product and technology focus, we have been able to grow organically at a much faster rate than all other major travel players in the Indian market. Our team spends a lot of time understanding how different the behaviour and requirements are for a Tier 2/3 city traveller. We have built a really simple, easy to use and localized app that is lightweight and works offline.”

The ixigo trains app is available in 7 Indian languages last year including – English, Hindi, Marathi, Gujarati, Bengali, Tamil and Kannada which covers over 95% of the digital user base in India.