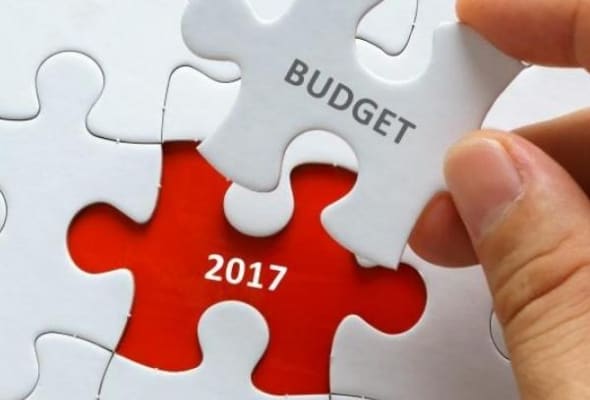 Everyone is eagerly waiting for the 1st February when the Modi-led government is going to present the Union Budget 2017. This is the first time when the budget will be announced one month in advance. The main aim of the government is to plan spending and tax proposals before beginning of next fiscal.

The government is under a pressure to revive the economy of the country after the demonetization. The Finance minister is expected to come up with policies that will help revive different sectors of the economy.

Dataquest had an interaction with some of the most eminent personalities of the IT industry and they have huge expectation from the upcoming budget.

Ramki Gaddipati, CTO & Co-founder of Zeta said “As digital payments take off, we’d like this year’s budget to focus on financial inclusion. We hope the Government of India reduces indirect taxes and charges levied on digital transactions. Further, income tax incentives should be provided to people who use digital payment options. It’s also time that digital payment and documents be treated legally on par with physical instruments. We also hope that the Government increases the ceilings on employee tax benefits as they’re now quite overdue. To aid merchants, the Merchant Discount Rate on card payments should be abolished. The industry can also benefit from tax incentives provided to organizations operating in the digital payments space.”

According to Ashish Shah, CEO and Founder, Vertoz Media, “there is hope that there will be some incentive announcements to further popularize the digital initiatives of the government. Being a pure AdTech firm we are very optimistic on the government’s vision of ‘Digital India’. We expect to see a growth oriented budget on February 1, 2017. The government has been encouraging entrepreneurship among the younger generation with its flagship initiative – ‘Startup India’ and keep up the momentum this time as well. More entrepreneurs in the ecosystem will drive sustainable economic growth and generate more job opportunities.”

Abhishek Pandit, Director-Business Services, AISECT shared his views with regards to the provisions for financial inclusion. He said, “with the increased focus of cashless transactions across the country the most challenging geographies will be the rural areas of the country. Business correspondents are best suited to cater to provide an immediate solution to this need. To encourage online transactions through the BC channel they should be encouraged by providing newer ways of online transactions like UTI, bank wallets etc. Tax should be waved off for the Business Correspondents commission so that they encourage more villagers to use technology and create a cashless village.”

“Once we see some acceptance of digital financial services in the target areas, then gradually a tax policy can be introduced. But at this stage in the financial inclusion scheme, this tax should be waved off immediately. To ensure that the Business Correspondent channel is financially viability additional B2C services like Provident Fund, insurance, etc. should be provided through the banking kiosks. Additional incentives should be provided to ensure that most of the people in that area use the digital channel for transactions” he said.

Introducing Aadhar Enabled Payment System and UTI across all banks will help in interoperability and will also instill confidence in the customers owing to the use of one single technology by all banks. The BC points can also act as grievance redressal points for all the consumers who would like to see their detailed transactions or would like to register a complaint” he added.

Vinay Sinha, Head of Sales-India, Director, AMD said “Last year’s budget saw the Government focus on digital literacy by setting up a scheme to cover 6 crore rural households. Along with the ‘national digital literacy mission’ and ‘digital saksharta abhiyan’, these schemes will help democratize use and familiarity with digital devices such as computers, tablet PCs, and smartphones, as well as internet usage. As a result, these trained workers can more actively and effectively participate in the cycle of development, thereby empowering start-ups and large organizations to experience digital transformation.

The rapid adoption of the Digital India policy aided by the strong, decisive, and time bound rollout of each of the related pillars fueled the demand for computers and mobility devices in the country. The government must continue to push these programs that proliferate digital services and digital inclusion to the common man.

The demonetization move resulted in slowdown of cash purchases, however, the balance of slowdown on cash purchases was offset to a small extent by increased online and B2B growth. The robustness of the digitization move and its impact will only be understood once we have enough data to measure the market movement.”

2016 had been a great year for the OTT industry in India given the 4G spectrum sales and increasing afforability of smartphones. Uday Reddy CEO, Founder, YuppTV, said, “In 2017, I expect Government to help us sustain the momentum in the business. For the same, certain funds should be dedicated solely to boosting the reach of internet, especially to tier 2, 3 and 4 cities and towns. Since majority of OTT viewership is still subject to Wi-Fi, improving the broadband access and Fiber optics network shall also be considered under the budget.”

Cyber security is one of the major concerns in the country after the demonetization. Sanjay Rohatgi, Senior Vice President, Asia Pacific and Japan, Symantec said ”as India digitalizes rapidly, holistic approach to cyber security is a prerequisite to foster and sustain trust of all the stakeholders – consumers, businesses as well as government. Widespread, persistent, and sophisticated cyber-attacks against critical infrastructure including but not limited to government organizations pose threat to national security and economy. With this background, cyber security ought to be part of the design architecture itself and not an afterthought.

Similar to the decision in 1998 to set aside a specific budget for IT across government projects paved the way for induction and adoption of technology throughout India, the government should consider setting aside at least 8% of its overall IT budget specifically for cyber security starting with the upcoming budget. Alongside investment in infrastructure, we need to focus on developing a world-class and competent work force. To this effect, Symantec has partnered with NASSCOM towards building a cadre of certified cyber security skills in the country. Such endeavors will not only improve the understanding of cyber security within the country but will also enable India to emerge as a truly digital nation.”

‘’As we advance towards an economy under the Digital India initiative, we are optimistic the upcoming budget will create opportunities keeping innovation in the heart of every policy. To efficiently drive the journey of Digital India, the focus should be to modernize infrastructure as this will boost growth across sectors, especially technology. In the wake of large scale Digital Transformation, Data is becoming increasingly valuable,” he added

The start-up community is in much anticipation of the upcoming budget. The previous year saw a rough patch but this year, the expectations from many possible feel-good features in the budget to be presented are very high. Established organizations and start-ups alike would want to see a series of favorable policies this year. “The initiatives taken by the government so far for skilling are commendable. However, very little has been done in terms of incentives for start-ups in the ed-tech space. It would be appreciable to see some good measures taken in this space. Things like service tax waiver, easier NSDC accreditation process, allowing subscription based payments will really help. It remains to be seen how this budget will favor ed-tech startups like ours which aim to bring accessible, affordable, engaging, and highly effective quality education to the world” said Vikalp Jain, President and Co-Founder, Acadgild,

According to Varun Rathi, COO & Co-founder of Happay, there should be 10% tax rebate on incremental earnings year over year in digital forms for all SMEs and enable digitization and payment via credit/debit card for all government fees and payments, taxes, penalties. This will result in huge adoption.