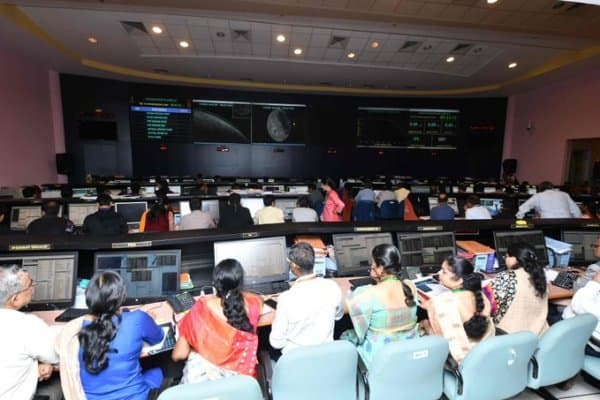 The Chandrayaan 2 orbiter has sent thermal images of the Vikram Lander and its exact location and there is a possibility that the lander may not even have crashed as was being speculated. Confirming the update with ANI News, ISRO Chairman K Sivan said that “We’ve found the location of Vikram Lander on lunar surface and orbiter has clicked a thermal image of Lander. But there is no communication yet. We are trying to have contact. It will be communicated soon.”

The Orbiter camera, which is the highest resolution camera (0.3m) in any lunar mission so far, will provide high-resolution images for a period of one year which will undoubtedly be useful to the global scientific community, says ISRO.

The Orbiter has already been placed in its intended orbit around the Moon and will provide unique insights of the moon’s evolution and mapping of the minerals and water molecules in the Polar Regions, using its eight state-of-the-art scientific instruments.

The Vikram Lander followed the planned descent trajectory from its orbit of 35 km to just below 2 km above the surface. All the systems and sensors of the Lander functioned excellently until this point and proved many new technologies such as variable thrust propulsion technology used in the Lander,” says ISRO.

The Vikram Lander was meant to conduct experiments on the moon for 1 Lunar Day that amounts to 14 Earth days. The Vikram Lander was hosting the Pragyan Rover onboard, which was supposed to roll-out within a few hours of the soft landing. If the process has been carried out or not can only be confirmed if ISRO manages to re-establish communication with the Vikram Lander.

Posted by: DQINDIA Online
View more posts
ISRO Chandrayaan 2 Mission: Vikram Lander Location Found, Hope of Mission Being Successful Lives On 3.6 out of 5 based on 5 ratings. 5 user reviews.
JioFiber Plans: Here is How Much Consumers Have to Pay Get Free 4K TV
DRDO Recruitment 2019: 7 New Vacancies for Engineers at DRDO Centre, Salary up to Rs 54,000