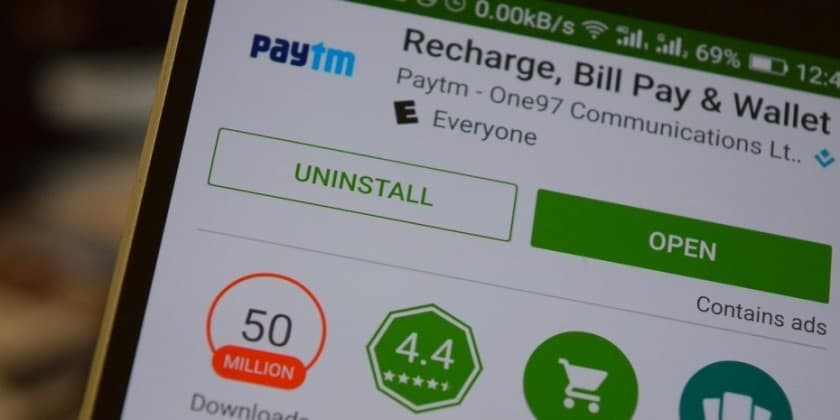 In the midst of all the chaos in the country due to demonetisation, more and more people prefer to use e-cash through digital wallets. The leading players have seen a sudden surge in their user base since PM addressed the nation announcing the invalidation of Rs 500 and 1000 notes. These digital wallets by apps like Paytm, frecharge and mobikwik among others, provide the provision to pay at petrol pumps, chemist, phone recharge, grocery stores, parking, shopping, traveling through bus, auto and taxis and much more.

Though there are many players in the market but Paytm may move slightly ahead of all with the launch of its app based POS (Point Of Sale). India has 1 POS machine for every 1785 people. With POS app integrated into phones, it can reduce the number to 120 people. Interestingly, Paytm is offering to accept all debit and credit cards at 0% fee till 31st December 2016. Trying to reap on the business opportunity provided by demonetization, Vijay Shekhar Sharma, Founder and CEO of Paytm said, “We at Paytm do not see our balance sheet profit as an outcome. We at Paytm see how many Indians have converted to digital as an outcome and we believe that we are on a pious mission that our country will move forward because Paytm will move them to become digital”.

In the race to make their foothold stronger in the market, every digital wallet app is coming up with newer/lucrative features. Vijay Shekhar also claimed that Paytm is expecting 10 Mn POS app downloads by this weekend. Having received license from RBI, it is also expected to set up a Paytm payments bank where it will offer to issue debit cards, current and savings account deposits and internet banking services. If everything goes as planned, Paytm will leave no stones unturned in leading the digital wallet industry of India.

In the wake of the demonetization, RBI has increased the limit for merchants to Rs 50,000. It will further support the cashless economy. Upasana Taku, Co-founder, MobiKwik, said “We have heard the challenges regarding wallet limit, first hand from our users, especially sellers, and some of those would exhaust their ₹10000 limit within a week and then struggle with the woes of dealing in cash in these times. We are certain that this move will lead to remarkable growth in usage and adoption of mobile wallets, which is the need of the hour as we have a mammoth task in hand, that is to support a cashless India and lead change from an urban city to a rural village. As an industry, we hope that the increased wallet limits are extended even after this year.”

Govind Rajan, CEO Freecharge said, “FreeCharge welcomes RBI’s decision to increase the limits on wallets to ₹20,000 for users and to ₹50,000 for merchant bank transfers. This doubling of limits will have an immensely beneficial impact for users and small merchants. Given the quantum jump in digital wallets usage in recent days, this increase in limits makes it easier for both users and merchants to shift more of their cash transactions to digital wallets.”