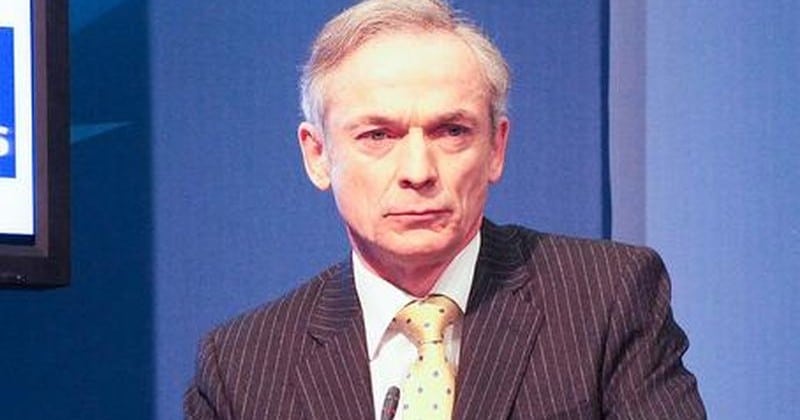 Ireland’s success in attracting FDI has been a combination of a pro-business, technology advanced environment, an attractive corporate tax rate and an educated and talented work force. One of the organizations playing a pivotal role in making this happen is IDA Ireland, which was formed as part of the Department of Industry & Commerce, to stimulate, support and develop export-led business and enterprise in Ireland. IDA Ireland is interested in working with Indian companies looking to be successful in the European market, and has a focused strategy for making it happen. To get more details on how Ireland is beneficial for Indian companies, Dataquest spoke to Minister Richard Bruton – Minister for Jobs, Enterprise and Innovation.

Some edited excerpts:
From an information technology point of view, how can Ireland and India collaborate? What are the key synergies?
Ireland can act as a business gateway to Europe for expanding Indian companies. Ireland welcomes companies of all sizes and some of the world’s most recognizable companies have operations here. Ireland makes it easier to do business in Europe and its 12.5% corporation tax rate provides companies with working capital for growth and expansion.

Ireland allows companies barrier free access to Europe’s 500 million consumers. The European Union’s free trade agreements and the ability to attract multinational/multilingual staff allows companies to trade across Europe from a single location. Ireland speaks English as its native language. Ireland’s time zone makes it the perfect location as an interface to Europe and the USA for Indian companies.

Ireland prides itself on having an accessible, efficient, bureaucracy-free system; for instance, the ability to register a company takes less than 3 weeks. Ireland operates a common law system similar to the Indian legal law system. It is one of the most accessible litigation platforms in the world with a dedicated commercial court. The presence of clusters of leading global companies in Life Sciences, ICT, Engineering, Services, Digital Media, and Consumer Brands ensures that the local supply base is tuned to the needs of companies. Ireland’s workforce is ranked 1st for flexibility and adaptability according to IMD. Ireland has also been ranked the 3rd most digitally engaged country in 2015 by Zenith. Ireland’s tax system is also very transparent as there are no deals to be agreed on set-up and no exit penalties on exit.

Further, over 1,200 overseas companies have significant operations in Ireland. In the technology space, we have names such as Microsoft, Oracle, Dell, SAP, Apple, Telefonica, HP, IBM. Web-based companies such as PayPal, Facebook, Twitter, Ebay, Amazon and Google, also have a presence.  Ireland also has more than 30 Indian companies which have operations in Ireland employing over 2500 staff. This includes technology and services firms such as HCL, Wipro, TCS and Firstsource.

Can you highlight some of the key focus areas for Ireland in India?
On the investment side, IDA Ireland’s ‘Winning FDI’ strategy launched in 2015 will look to build on the success achieved by the previous IDA strategy ‘Horizon 2020’ to win 20% of new business from regions outside Europe and the US. India has been a key market in delivering on this strategy. IDA’s strategy is to win quality investments from globalizing Indian companies looking to access the European and global markets. IDA concentrates on the following sectors: Technology, Life Sciences, Financial Services and Engineering, which best fit Ireland’s value proposition to companies.

On the trade side, Ireland’s outward trade with India is growing strongly from a modest base.  Irish exports to India are growing at double digit rates with total trade between Ireland and India standing at € 2.5 bn.  Most growth from Ireland is currently in International Services with the physically traded goods environment being challenging.  In addition, there are over 60 Irish companies with a market presence in India ranging from Irish Plc’s such as CRH, Kerry and Glanbia to SME’s in the software and services sector.  A strengthening INR to the € has aided the trade relationship along with a heightened sense of the increasing potential of India amongst Irish and European companies.  There is every reason to be positive that the trade relationship can be expanded significantly in years to come.

Can you give us some examples of Indian companies who have invested in Ireland? What kind of skill sets from a technology point of view can India benefit from?
In our experience, Indian companies of all sizes are looking for expansion opportunities across the globe. Europe is a prime target especially in the technology, business services and life sciences spaces where a mature market offers opportunities to win business with high margins.

Ireland is home to a number of India’s largest and best known global companies. 30+ Indian companies with over 2500 employees have invested in Ireland (20 IDA Clients). IDA investment from India doubled in 2013 and has risen another 50% with 7 investments creating 600+ jobs in 2014. The pipeline is positive for 2015.

There are a number of reasons why Indian companies do and should set-up operations in Ireland. Ireland allows companies barrier free access to Europe’s 500 million consumers. Ireland is a hub for talent attracting multinational/multilingual staff from across the globe. Ireland’s time zone makes it the perfect location as an interface to Europe and the USA for Indian companies. Some of the world’s most recognizable companies have operations in Ireland. Ireland is an English speaking and a common law jurisdiction. Ireland’ 12.5% corporation tax rate provides companies with working capital for growth and expansion.

Most Indian companies, where possible, look to split the delivery of European contracts between nearshore and offshore centers. Some functions need to be placed in Europe so that the customer feels they are being served by a nearshore presence with similar language, culture, time-zone. Delivery of other functions can be done off shore in India to take advantage of the talent pool and cost base here in India. Companies are using global delivery models more and more especially in R&D to increase the talent pool available and to build products that are suitable for a global audience reducing localization later in the life cycle.

Which are some of the emerging technology areas (such as IoT), where you think Ireland can help Indian companies?
Through Science Foundation, Ireland government’s funding has been focused on sectors that have greatest fit with Ireland’s industrial landscape: ICT, Life Sciences and Sustainable Food, Business Process, High Value Manufacturing, and Sustainable Energy. Centres have been developed to undertake research in in each of these sectors pooling researchers from academia and industry. Having industry experts involved at every stage of research has helped to ensure the outputs are commercially focused.

Ireland has become a test bed for IoT due to the academic research that is being done by, the technology companies present in Ireland and the fact that Ireland is one of the only countries where spectrum is available to researchers.