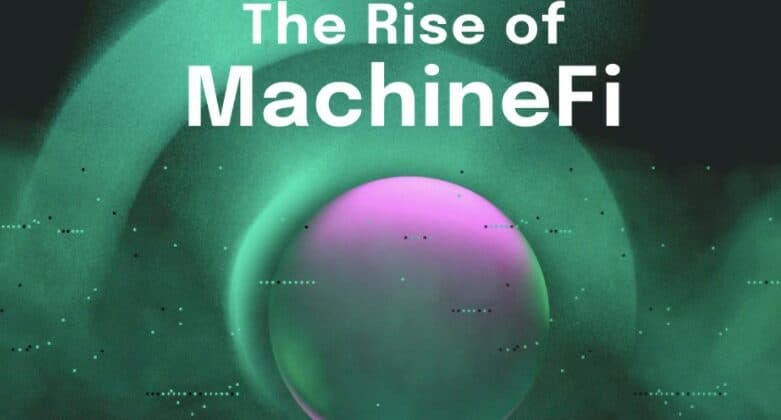 IoTeX announced the highly-anticipated launch of MachineFi, an innovative combination of machine and DeFi to monetize machine-driven data, events, and tasks that unlocks a trillion-dollar opportunity in the Metaverse and Web3.

MachineFi’s main objective is to transition traditional IoT and machine verticals into MachineFi decentralized applications (Dapps) that will enable millions of users to participate in the machine economy with billions of smart devices.

The world has witnessed the boom of smart devices and automated machines, including smart home devices and smart cars. However, few have noticed inter-machine communication is significantly increasing.

“Today, numerous machines have already started collaborating, producing, and distributing, and they consume information and resources collectively, forming a heterogeneous network of machines,” explains IoTeX CEO and Founder, Dr. Raullen Chai. “Machine networks are communicating with other machine networks accomplishing even more advanced tasks,” Dr. Chai added. “This is essentially a new form of economy, a machine economy or machine finance, which is MachineFi. MachineFi is here to reshape the future of the machine economy that is upon us.”

According to a McKinsey report, the Internet of Things (IoT) could unlock a global economic value of up to $12.6 trillion by 2030. Techjury estimates that over 125 billion devices will be connected to the Internet by the start of the next decade, powering that machine economy.

Dr. Chai explains that the convergence of artificial intelligence, blockchain, cloud computing, edge computing, the Internet of things, 5G, computer vision, and augmented/virtual reality pushes human society through the next digital revolution wave. “Although these technologies have evolved independently, they have become increasingly intertwined around a new form of productivity — MachineFi,” he added.

At the core of MachineFi
MachineFi is the result of three years of the IoTeX team’s continuous and tireless research and development and the establishment of a solid foundation for the project moving forward. MachineFi has been designed to tie machines together. It enables them to trade information and resources in real-time.

“MachineFi ties the machines together, lets them trade information and resources in real-time, and at a global scale, which is unprecedented,” explains IoTeX Blockchain and Cryptography Lead Dr. Xinxin Fan. He Fan says there are two critical ways this new machine economy will shape the future — mirroring the physical world to the metaverse and programming the material world from the metaverse.

“By continuously improving the interactions between the physical and virtual worlds, the metaverse is expected to transform every aspect of our lives and disrupt and reshape the next-generation systems in all the sectors in a way that we are only beginning to imagine today,” says Dr. Fan.

Machines are the workforce in the physical world, and the information they capture can be supplied to the metaverse, enriching DeFI, gaming, NFT, and social media applications. However, more groundbreaking is that metaverse apps can actually “program” the real world by using machines.

MachineFi has been designed to enable millions of people to monetize their personal information and the data their smart devices generate with decentralized applications built on IoTeX, the fastest, most secure, and most scalable blockchain platform in the industry.

Who will own this new machine economy?
IoTeX’s revolutionary blockchain has the power to shift the balance of global wealth that is currently in the hands of the 1%. IoT is presently mainly controlled by Big Tech, including Facebook, Google, Amazon, Microsoft, and other large corporations. They currently profit from our privacy and intelligent devices. They make about $35 monthly from each user’s personal information, according to a recent report. And then there are the hundreds of other companies that collect our data globally, who alone have raked in over $150 billion in 2012, according to a WebFX Team study. It adds that our email address sells for $89.

It’s time to end this unethical and unscrupulous control Big Tech firms have over our data and intelligent devices and the valuable information they generate. MachineFi is here to change that through composability, bringing together the creativity and productivity of pioneering developers.

The current engine — cloud computing, IoT platforms — that powers machines do not have what it takes to push the new upcoming machine economy. It leads to monopolized ownership of the future workforce, and, more importantly, it does not have the critical pillars for a new machine economy to sprout.

MachineFi consists of a suite of blockchain-based protocols such as DeFi, SSI, DAO, NFT, and decentralized device management to enable developers to build innovative machine-driven applications. MachineFi offers a comprehensive set of building blocks for developers creating machine-driven Dapps in the virtual world.

People who own smart devices will be enabled to participate in various machine-driven financial activities to earn cryptocurrencies, including renting their smart devices from other peers to collect data, monitor events, and/or complete tasks for a predefined period.

“MachineFi realizes the vision that devices are owned by the people and are for the people. By participating in the machine economy, people can fully monetize their devices and associated digital assets on a global scale,” concluded Dr. Chai.

Q1 2022: IoTeX will release a groundbreaking “real-world data oracle” that will for the first time ever provide blockchain Dapps with real-time data from IoTeX-registered machines rather than price feeds and historical data from APIs. The IoTeX proprietary oracle will have the capability of making telemetry data from machines available to smart contracts, enabling a new design space for developers to build new applications that incorporate everyday activities. For example, one’s real-time GPS location can be used to claim NFTs.

Q2 2022: IoTeX releases the first Decentralized Identify (DID) framework for all machines registered to the IoTeX blockchain. This DID will become the standard across all IoT platforms and networks, and allow machines to exclusively own the data and value they generate. It will be with this DID that devices will be able to communicate with each other, with humans and therefore businesses. By combining innovations in blockchain, identity, oracles and hardware, IoTeX will make real-world data available to blockchain dApps for the first time.

Q3/Q4 2022: The MachineFi Hub is launched. Although hundreds of Dapps will already be available on the IoTeX blockchain for public use, the Hub will be where all the Dapps will be available and seamlessly connected to a user’s fleet of devices. It will also be where developers can leverage templates and modular tools to create their own solutions and dApps without cumbersome coding and enabling their users to monetize their data in a self-sovereign way.

Q3/Q4 2022: IoTeX launches its cross-chain data bridge, by which all machine data will be able to be used across all EVM-compatible blockchains and therefore have optimal utility for users and developers alike. For example, the ability to combine supply chain tracking data on IoTeX with supply chain documents on Ethereum or other blockchains will expand the utility of machine data originated on IoTeX.

According to media reports, American chipmaker Broadcom is looking to buy VMware in a deal…