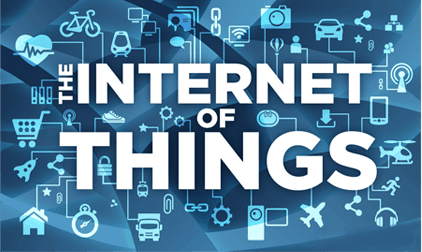 The history of technology is littered with beautifully anachronistic tags that were deployed to capture the essence of a new technology. The happy truth is, as these technologies take root and start shaping consumer behavior around themselves, the tags they spawned get confined to the trashcan of history. Today, referring to buying something on Amazon as e-commerce feels as dated and anachronistic as referring to driving as using an auto-mobile.

Internet of Things – the descriptor – is in that wonderful phase in its history, before it gets phased out through its sheer ubiquity. And India, for once, has a true opportunity to leapfrog the world – in creation, not in consumption – on its development.

It would take three things to make this jump happen: the first is a ubiquitous mobile access base with towers capable of supporting ultrafast 5G communication at high frequency and low cost. The second would be a design and engineering (computer science, mechanical, industrial) base to dream up innovative solutions. The third would be a manufacturing base that is capable of large scale output at low cost to deliver these solutions to the masses economically.

An IoT future is a future without the IoT tag – it needs to be as meshed into our lifecycle as air travel is for commute. The steps to get there, though, are non-trivial.

India has some of the lowest costs when it comes to mobile access. The Jio revolution has brought devices to remote villages, and the tower infrastructure along India’s major highways is good: though not great. The next wave is 5G – and where India lands on that map will be critical to its IoT future. For one, the global skirmish between Chinese and European equipment manufacturers represents an opportunity.

As Qualcomm and Huawei battle it out for the US and European airwaves, India could be a determinant in who ultimately wins, and consequently, have a significant bargaining chip in getting the networks up and running, at scale. But, the Indian skirmish can potentially let this opportunity slip away.

In the battle of the three: Airtel, Jio and Vodafone, a significant question is: whether anyone has the appetite for expansion?

On the second front: the opportunity for India remains large. Global capital still seeks opportunities on Indian shores, and one can safely foresee the birth of many giants, some unicorns in India which are creating fundamental innovation in this space. They will be well positioned to absorb graduates with design and technical degrees. With successive growth rounds, this cycle would be on a good path.

Critical to all of this is a core ability where India still lags: we need Indian manufacturers! Make in India has to leap off the pages of policy and translate into real, high tech production units scattered across the nation, with the infrastructure (roads, power, ports) and concomitant support industries there to enable the creation of Indian OEMs and brands.

At the risk of repeating a cliché: the future is connected. Devices will talk to each other, and to a central repository of knowledge of you, aimed at making your life more comfortable. The real question is not what that future will look like: many futurists before us, and many entrepreneurs and designers now have imaginations on the cusp of realization.

The question – for us, in India, at least is – whether we will be consumers in this next wave or creators. We almost have all that we need to be the latter. And, owning this connected future is going to be critical to defining our place in the 21st century.

The author is MD, of Bexley Advisors.