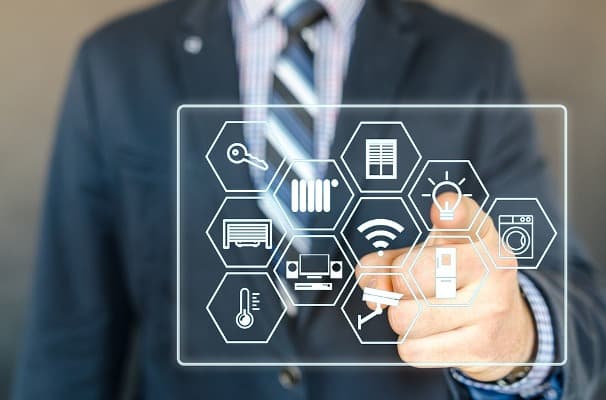 Although patent litigations are expensive, numerous litigations are executed annually to harvest its potential rewards—financial, injunctions and more. Patent litigation is a legal process to enforce your patent rights by suing another party for manufacturing or selling your invention without prior permission. It is obvious that both the parties will try to claim the litigated invention and product, resulting in arduous trials and hefty prices, sometimes running into millions of dollars.

One may ask, what motivates corporations or patent assertion entities (PAEs) to initiate a patent litigation when there is an inherent resource and financial absorption to support such actions? The reasons vary for various entities; corporations initiate patent litigations to counter competition, while the PAEs are fundamentally established to generate money from the patents in their portfolios.

For example, the infringement suit filed by Sonos against Alphabet is intended to counter the competition from Alphabet’s multi-room smart speakers. In January 2020, Sonos filed a lawsuit in Federal District Court in Los Angeles and with the United States International Trade Commission, calling out Google for five alleged patent abuses. The patent violations include technologies that allow speakers to wirelessly communicate and synchronize with each other.

In contrast to this, Parus Holdings (PAE) infringement suits against Amazon, Apple, Google, Samsung and LG are an explicit case of revenue generation aimed against top players in the Voice search technology market.

In both examples, infringement suits have been filed against the products which are prime enablers for smart home environments and home automation technologies.

Home Automation has shown enormous patent filing and litigation activity in the last decade, because of the prophesied market numbers—projected to reach USD114 billion by 2025, as predicted in a Fortune report. Figure 1 depicts the patents filed to enable smart home technologies and the thrust towards enabling such technologies can be visualised from the graph which shows an unwavering growth over the years. 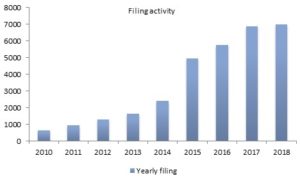 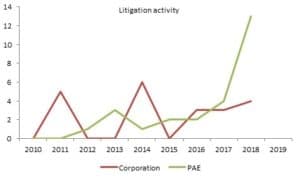 PAEs, which are fundamentally established to generate revenue from their patent portfolios, have added enormous revenues to their accounts and established themselves as trend setters in patent activities. Some operating corporations following in their footsteps have reoriented their IP business models and are now leveraging their IP portfolios for monetization activities rather than countering competition.

Further, a huge number of IoT, particularly home automation patent portfolios, are being acquired by PAEs, which are expected to be their future avenues to generate revenues by initiating litigations through patent assertions.

All these data points are pointing to what is coming up in this industry – several transactions—acquisitions, assertions, and a flurry of litigations.

Posted by: DQINDIA Online
View more posts
IoT Home Automation: Expecting a flurry of patent litigations 5 out of 5 based on 1 ratings. 1 user reviews.
NIC Recruitment 2020: Online Application Date for 495 Vacancies Extended, Salary up to Rs 1,77,500
Why DR on cloud is more necessary than any other time in history?