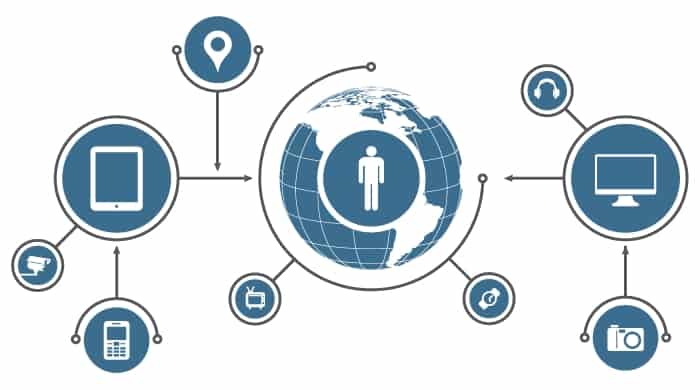 Indian enterprises are at the early stages of understanding the impact of the Internet of Things (IoT) on their business, according to Gartner, Inc. While the concept of IoT is not completely foreign to Indian enterprises, adoption will advance at a slow pace through 2020.

“The Internet of Things is gaining popularity among Indian enterprises, government and consumers, but security concerns and the lack of relevant business cases may limit adoption in the shorter term,” said David Willis, vice president and distinguished analyst at Gartner. “IoT solution providers must allay these concerns and educate end-user organizations on the benefits of IoT.”

Mr Willis said that IoT adoption in India is currently limited to verticals such as energy and utilities, oil and gas, fast-moving consumer goods (FMCG), transportation, healthcare, and government.

In the energy and utilities sector, there are segments such the state electricity boards, transmission and distribution companies, and private power producers that are adopting smart grid technology, not only to manage power supply and demand, but also to study customers’ power usage behavior. A select few companies in the Indian oil and gas industry have initiated IoT pilot projects for cost-effective remote monitoring and maintenance of pipeline networks.

Similarly, in the FMCG industry, a few companies are experimenting with IoT technologies to manage supply chain, inventory and warehouse, and to improve marketing effectiveness and in-store experience for consumers. However, Gartner analysts said that government-sponsored initiatives will be the key drivers for IoT adoption in India over the next five years.

“While Indian enterprises have grappled with finding a justifiable business case for IoT investment and deployment, the government sector in India seems to have taken  rapid, strides in certain key areas that are paving the way for IoT adoption and opening up new business opportunities for IoT solution providers,” said Aman Munglani, research director at Gartner. “These areas are smart city industrial corridor, energy management, transport and traffic, and water-quality management projects, in which the central or the state government, the local city municipal corporation, or the government-owned public-sector organizations are directly funding the initiatives.”

Nevertheless, a key challenge facing IoT solution providers is the lack of a holistic, framework-based approach on the government’s part to building smart cities. Many Indian state governments are adopting a project-based approach which focuses mainly on rolling out ad hoc projects with immediate, measurable benefits for citizens. While this approach helps in assuring tangible benefits to the citizens, Gartner believes that this approach carries the risk of implementing non-standard and incompatible systems based on soon-to-be obsolete technologies.

Verticals who implement IoT pilot projects will see an increase in data center and storage spending as the IoT generates billions of data points that must be stored, processed and analyzed. The impact of IoT on the server market will be focused largely on increased investment in key vertical industries and organizations related to those industries in which IoT can be profitable or add significant value. In other enterprises, where the value of IoT may be marginal, server budgets may well be re-ordered in the context of the server budget priorities, or some projects may go ahead, utilizing existing assets.

“The impact of the IoT on storage will be significant because there will be huge amounts of data to save and manage, which will affect how organizations design and maintain their storage systems,” said Ganesh Ramamoorthy, research VP at Gartner.” IoT data includes – but is not limited to – sensor data, surveillance data and data collected from Web logs, and tends to be a mostly a vertically focused phenomenon. IoT product marketing and product development managers will need to address scalability and cost-effectiveness of their solutions in the context of the enterprises’ data center and storage, and the larger IT budget.”

Posted by: DQINDIA Online
View more posts
IoT adoption in India will advance at a slow pace through 2020: Gartner 0 out of 5 based on 0 ratings. 0 user reviews.
Zopper bolsters its technology skill base with an office in Bengaluru
Indian Railways schedules now available on Google maps transit

ManageEngine plans to hire around 1,000 employees in the country this year for development, R&D…