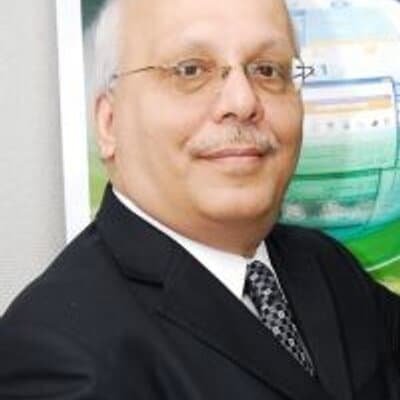 India’s earliest Internet guru Vijay Mukhi is no more. Vijay Mukhi was an icon in the tech industry, he was a phenomenon through much of the nineties, especially in Mumbai.

Vijay was neither a hotshot tech MNC CEO nor a rich tech entrepreneur or a powerful bureaucrat or a famous venture capitalist. Yet his influence and fame during the time was more than any of these entities because of his mass appeal and media savvy.

Vijay taught programming, he wrote books on programming; he was an ace teacher who inspired legions of students, his books were written in a fun-filled unconventional way and it helped students master the C, C++, and Java. His students were overawed by his teaching prowess and his capacity to turn ordinary ‘computer career-seekers’ into prodigious and prolific programmers.

Apart from that, Vijay was a technology activist and a technology evangelist. He rallied technology enthusiasts to create and spread popular technology culture, especially after the Internet got launched in India. He co-founded the IUCI (Internet Users Community of India), together with individuals like Shammi Kapoor and Miheer Mafatlal, he gave a social dimension to IT through the BCC (Bombay Computer Club) which was an informal mailing list of individuals comprising senior IT executives from companies and tech media who met once a month on the last Friday of the month, merely to eat, drink, and chatter. Vijay wrote columns on tech in popular media to popularize tech. The IUCI came up with valuable feedback and inputs on the quality of Internet and its usage and it had the ears of even the big guns at VSNL, which was India’s primary ISP.

As a young tech journalist in the mid-90s, I had the privilege of seeing Vijay in action. Though I was not a student in any of his programming courses, I was awed by his ardent fan following. I attended few of the many parties he threw at his sprawling Nepean Sea Road residence. These parties used to be a very democratic, informal, diverse gathering of people interested in tech. He brought the Page 3 culture into tech, in Mumbai. He had a distinctive persona to match— salt and pepper hair, neatly combed, chain-smoking Rothmans cigarettes, always in a grey suit so much so that it was rumored that he even wore it to sleep, and a pontificating tone and manner of speaking. Reportedly, he gave up smoking sometime later and he also came out of his grey suit, which even made news in some closed circles.

The tech industry has changed a lot since then. But Vijay kept up with the trends; his latest areas of interest has been in cryptocurrency, bitcoin, AI, and cyber security. He gave interviews (http://bit.ly/2mkIFUw on ATM skimming frauds) on these topics even as recent as December 22, 2017.

Apart from being the President of a body called FIST (Foundation of Information Security and Technology), Vijay is also a Member of High Court/State Government Committee on Pornography and Cyber Laws. He has been successively designated Co-Chair of the Cyber Safety Week – a joint effort of Mumbai Police and Nasscom, for the last 3 years. Further, he chairs The IT Committee at FICCI and has been designated the post of Chairman for The IT Committee at Indian Merchant Chambers(IMC) since the last 3 years.

His fans of the time continue to adore him. Tributes continue to pour in. Noted cyberlaw expert Prashant Mali tweeted: Sad news. Vijay Mukhi, fondly known as Internet Guru, passed away ……. For me he was the inspiration to master C & C++ programming in 90s. RIP.

Goodbye, Vijay Mukhi. May your soul rest in peace.