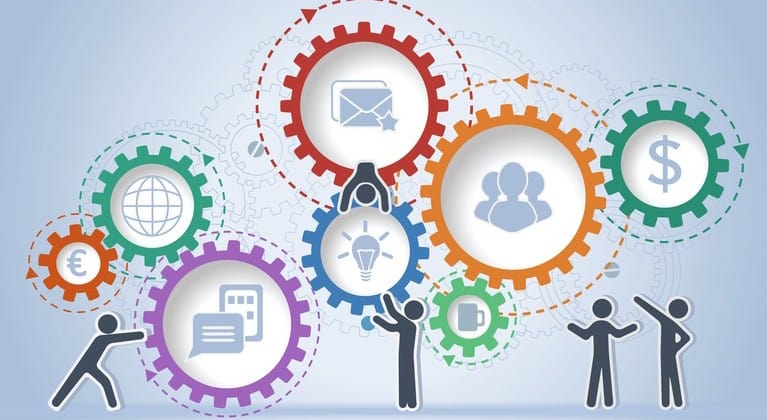 In May 2016, Foxconn reduced its employee strength from 110,000 to 50,000 in one of its factories in China, replacing a majority of its human workforce with robots. It was a shocking development and the reverberations were heard across the world as it reinforced scary predictions by futurists, academics, tech titans and economists that automation will take over up to 50% of all jobs in next five years. Three months later, India’s largest textile player Raymond announced its plans to reduce its 30,000-strong workforce, replacing one third of its workforce in India by robots. While a lot had been said about automation and use of robotics in India, this was perhaps the first time that a tremor was felt in India. In America, a person of Indian origin has created a machine to make the ‘perfect’ salads. The US $30,000 machine, the size of a refrigerator will replace humans in the kitchen and will make any salad in 10 seconds. For now, a human waiter will still be required to serve it though.

Before we continue, let me define “robots” as technologies, such as machine learning algorithms running on purpose-built computer platforms that have been trained to perform tasks that currently require humans to perform. These technologies may or may not be physical in form. First introduced in the manufacturing sector, automation has proliferated into other segments of the economy. This has been due to availability of huge amounts of data combining with neural and other technologies to enable artificial learning that can be programmed in machines or via software to perform specific and increasingly complex tasks.

The prognosis is not good. Oxford University researchers have estimated that 47% of U.S. jobs could be automated within the next two decades. Thirty-eight percent of jobs in the U.S. are at high risk of being replaced by robots and artificial intelligence over the next 15 years, according to a new report by PwC. Meanwhile, only 30% of jobs in the U.K. are similarly endangered. The same level of risk applies to only 21% of positions in Japan.

The World Bank predicts 69% of jobs being threatened by automation in India. Given that policy makers are already challenged with creating enough jobs for a demographically young India, this is not good news. As per labour ministry data, around 1 million people enter the workforce in India every month. By 2050, atleast 280 million more Indians will enter the job market in India.

Automation is not the answer. Or is it?
Technological progress is inevitable. And automation is not a new phenomenon. As part of a globalised and tech-enabled economy, India cannot ignore this phenomenon. What it can do however is learn to adapt to it so that we maximise its benefits for greater rather than lesser good. Machine learning will automate many, if not most, low-level cognitive tasks in the near future. But that doesn’t mean that jobs at the lower end of the spectrum will disappear.

Innovation is one approach. Not just innovation of ideas and technologies but also of thinking. The idea is that our workforce not waste their energy and time on tasks that can be done by machines. Instead they need to look at newer possibilities which will require highly cognitive, creative and critical thinking that is beyond machines. We should therefore focus on the labour force developing new skills that can propel them to the top of the professional food chain. Big data, data analytics, data scientists, machine learning, and IoT are new-age professions that have created a strong and relevant niche for themselves in a short period. Not only has it opened new avenues for developing workforce skills, its demand across a wide array of applications for business practices is consistently growing. Also, we need to come up with newer ways on how to adopt these technologies or how to develop or implement them further. Data scientists have emerged as one of the most sought after workforce by industries across sectors. India is seeing a 32.2% demand with people having such qualifications over and above degrees in IT or business administration or even doctorates per reports. Medicine is another area that will always require a steady stream of manpower and will be difficult to replace with machines.

At the lower end of the spectrum, a booming digital economy has led to the emergence of new tech based business in sectors such as e-commerce, logistics, fin-tech, ed-tech and agri-services. These will continue providing an opportunity to a young workforce across India. For instance, India’s $17-billion e-commerce industry for instance holds the potential to add 12 million new jobs in India over the next decade. Given the focus on financial inclusion enabled in large part by broadband penetration, India will see the revitalization of profiles that many considered to be obsolete. With the introduction of new payment banks and a new postal service, a majority of 4,60,000 postal workforce will have a new role to play across 1,50,000 post offices, not just delivering couriers but also offering a host of financial and non-financial services. As technology, financial access and digital connectivity catches up with rural India, expect new opportunities across the value-chain to emerge and flourish.

The debate can continue over the rise of automation and the possible impact on our workforce but the fact is that technology and automation should be enablers and not inhibitors. Therefore, the approach should be on re-skilling ourselves to adapt to this new ecosystem and become adept at leveraging man-machine partnerships. It’s not yet time to stop celebrating Labour Day!