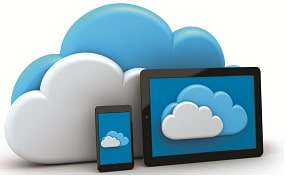 Intel Corp. has completed the first closing of the sale of its NAND and SSD business, selling its SSD business (including the transfer of certain NAND SSD-associated intellectual properties (IP) and employees) and the Dalian NAND memory manufacturing facility in China to Seoul-based SK hynix. In exchange, SK hynix will pay Intel US$7 billion in consideration. The deal was announced Oct. 19, 2020.

The SSD business will transition to a newly-formed company, Solidigm, a subsidiary of SK hynix. Solidigm, whose name reflects a new paradigm in solid-state storage, will name Robert (Rob) B. Crooke as CEO. Crooke was previously Senior VP and GM of Intel’s Non-Volatile Memory Solutions Group. Solidigm will have its headquarters in San Jose, California.

Dell Technologies and Snowflake the Data Cloud company, will work together to connect data from…

Across India, amidst the dynamic business environment, business leaders are asking: “what comes next?” Indian…