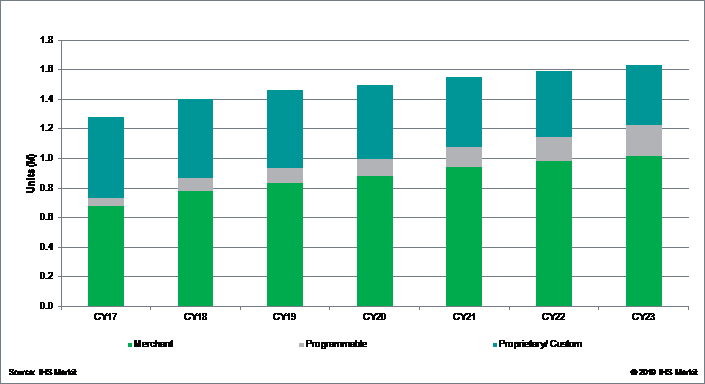 Intel, in June, announced an agreement to acquire Barefoot Networks, an Ethernet switching, programmable-silicon vendor.  The transaction is expected to close in the third quarter of 2019 and will combine Intel’s ubiquitous central processing unit (CPU) silicon business with Barefoot’s programmable data-plane switching silicon.

NVIDIA, in March, officially entered the data-center storage and networking realms by agreeing to acquire Mellanox, an Ethernet and InfiniBand networking switch and storage equipment vendor, for approximately $6.9 billion.

The transaction is expected to close by the end of calendar year 2019 and will combine NVIDIA’s graphics processing business with Mellanox’s switching and storage products.

Metamako’s products are known for providing low-latency hardware and software solutions designed for the financial services industry where high-frequency trading is constant.

Arista, in March, began capitalizing on the technology and talent acquired from Metamako when it announced its first FPGA and Metamako Operating System (MOS) integrated products, Arista’s 7130L Series.

Analysis
The axiom that software is eating the world may still be true, but it’s also true that hardware isn’t going out without a fight because of its capability to evolve over time and remain relevant.

As data-center switch vendors reduce their reliance of proprietary/custom silicon, merchant silicon use is expanding beyond white-box vendors to traditional vendor portfolios. In the Data Center Network Equipment Market Tracker – Q1 2019, we forecast merchant silicon shipped in data center Ethernet switches will reach 62 percent of all silicon units in 2023, up from 56 percent in 2018.

“It’s true that software is still eating the world, but hardware has been revived and has even found new life thanks to technology improvements in silicon and new open designs from organizations like the Open Compute Project Foundation,” said Devan Adams, principal analyst at IHS Markit.

Given the deep pockets of these large businesses, their transactions may be characterized as low risk. However, if they continue to invest in their new toys and commit to expanding on the positive trajectory some of the companies were on before their acquisitions, these tech behemoths could come to pose a real threat to Broadcom’s stronghold in the data center switch market.

How Data Flies Through the Clouds