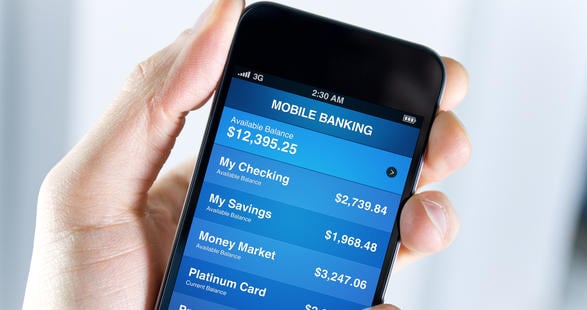 In April 2013, ING Vysya’s (now merged with Kotak Mahindra Bank) mobile transactions volume and value were declining every month. The bank was ranked last among 55 banks in India by overall mobile transaction value.

These tumbling numbers and the need to innovate forced the bank to roll out a best-in-class mobile banking platform allowing customers to bank ‘on the move’ at a fraction of the cost compared to traditional branch banking channels. It was in August 2013 that the bank introduced the concept of ‘online access’ for seamless banking between mobile and Internet channels, allowing its customers to access the mobile and Internet banking with the same login credentials without having to remember an MPIN (Marketing Partner ID Number).

In August 2014, the platform was fully launched. And by March 2014, the bank had risen to the number 10 position among 63 banks and the value of the average mobile transaction quadrupled from Rs 2,650 in April 2013 to Rs12,000 in March 2014. This made ING Vysya the fourth largest bank in terms of average mobile banking transaction value.

THE STORY BEHIND THE SUCCESS
According to a report, more than 2.23 billion people worldwide, or 48.9% of mobile phone users will go online via mobile at least monthly in 2014, and over half of the mobile audience will use the mobile Internet next year. The report also states that the total number of mobile phone Internet users will rise 16.5% in 2014 and maintain double- digit growth through 2016.

Keeping in mind the need to replace the existing J2MEbased app with a cross-platform application which covered smartphones, feature phones as well as browser-based platforms, the bank started with the objective of differentiating by offering a solution that was significantly ahead of competition and reinforced ING’s positioning as a leader in the digital space. However, no bank in India offered a mobile experience which was natively derived from mobile phones and the customers were being forced to adapt to an e-banking site.

Customers, too, did not see e-banking and mobile channels differently with respect to data consistency and authentication. Separate user ID/ passwords as well as disparity in beneficiary data and biller data between the two channels acted as an impediment to mobile banking adoption. Moreover, on direct banking channels, customers were three times more active, which meant higher productivity. ING Vysya capitalized on this opportunity by launching a mobile app.

THE POSITIVE IMPACT
Launching a mobile app had a tremendous impact on the engagement side. The customers logged on to the mobile app twice as often as the bank’s Internet platform. Moreover, 40-50% of the customers who used the mobile app in a given month did not use the Internet banking service at all in that month.

Today, on the transaction side, mobile app transaction volumes are increasing by 80% month-over-month compared to 10-15% per month for the Internet banking platform.

“There has been a 50% increase in the number of mobile app transactions by customers who previously only used the Internet banking service. On a per customer basis, transactions of less than Rs 1,000 are 30% higher on the bank’s mobile app than on our Internet banking platform,” says Aniruddha Paul, CIO, ING Vysya Bank. With this initiative, customers can self-register and set up their passwords from either channel without needing to walk into a branch or call phone banking.

MOBILE APP DELIVERS EXPONENTIAL GROWTH
With this app, there has been an exponential growth in the overall volume and value of mobile banking transactions. Other features include the best-in-class UI, complete sync with net banking, and robust cross-platform compatibility. For the first time, the app features a balance meter which allows customers to view their account balances without logging in.

The app also facilitates a cheque scan facility through which the customers can take pictures of the cheques they write and store them on ING Mobile for easy retrieval. The app also sends automatic notifications to recipients for fund transfers and integration with the native phone-book for contact details.

Ability to buy and send e-gift voucher, integration with native calendar for alerts about bills to be paid, Facebook/Twitter integration for sharing e-deals offered by the bank, and GPS integration for directions to the nearest branch/ATM, etc, are some of the other key highlights of the app.

Deepak heads digital initiatives at Kotak Mahindra Bank where he is responsible for digital strategy,…