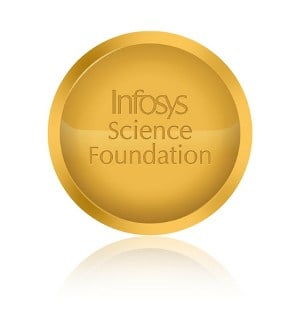 The Infosys Science Foundation (ISF) in association with National Centre of Biological Sciences(NCBS) organized a public lecture by Infosys Prize Life Sciences Jury Chair, Dr. Inder Verma, American Cancer Society Professor and the first incumbent of the Irwin Mark Jacobs Chair in Exemplary Life Sciences, Laboratory of Genetics, Salk Institute for Biological Studies. The lecture on “Cancer Stem Cells: Plasticity Vs Hierarchy” was delivered at Dasheri Auditorium at NCBS and was attended by more than 200 students.

The lecture by Dr. Inder Verma is part of the Infosys Science Foundation Lectures, which has been developed with an aim to popularize science and research in the country. Dr. Verma is one of the world’s leading authorities on the development of viruses for gene therapy vectors and is the first speaker in the 2015 series of public talks orchestrated by the Foundation across the country.

The lecture focused on Glioblastomas multiforme (GBM), a deadly cancer and the few therapeutic approaches to treat GBM. In his lecture, Dr. Verma highlighted that all the cells in GBM display characteristics of a cancer stem cell, he also discussed cancer stem cells and plasticity versus hierarchy.

15 Fastest Growing Jobs in India that are in Demand

Fastest growing jobs in India, that are increasingly in demand, have been released by online…