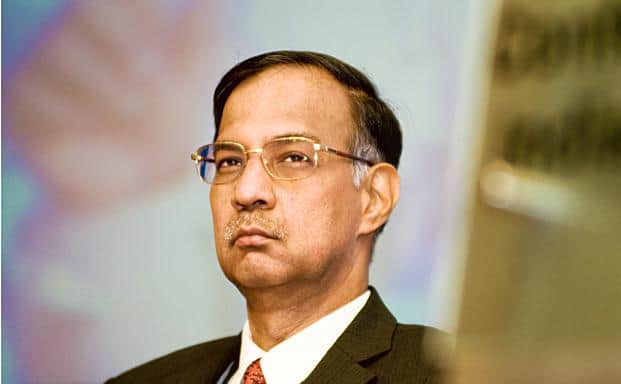 Infosys announced  that the Company’s Board unanimously approved the appointment of Mr. R. Seshasayee as Non-Executive Chairman of the Board with immediate effect.

Mr. K V Kamath is stepping down from his position as Chairman of the Board and as an Independent Director of the Company, consequent to his nomination as President of the BRICS New Development Bank.

Mr. Seshasayee has been an Independent Director on the Company’s Board since January 2011 and is the chairperson of the Audit Committee. Mr. Seshasayee’s other board positions include Non-Executive Vice Chairman of Ashok Leyland Ltd. and Chairman of IndusInd Bank Ltd.

Commenting on the appointment, outgoing Chairman Mr. K V Kamath said, “I am proud to have served as a member of the Infosys Board and as its Chairman. The Board has made the most appropriate choice in nominating Mr. Seshasayee as my successor, given his vast and varied experience in leading large public companies, and his strong contribution to Infosys, during the last four years of his association. Infosys will benefit greatly from his sagacity.”

Mr. Seshasayee said, “Infosys is an iconic company and I am thankful to Mr. Kamath and the Board for entrusting me with this privilege. In order to devote requisite time and attention to this responsibility, it is my intention to substantially disengage from my other current responsibilities in due course. I look forward to working even more closely with the Infosys Board and management team as we navigate this period of transformation for the company.”

“On behalf of all Infoscions, I would like to thank Mr. Kamath for his extraordinary contribution to Infosys over the years and wish him the very best. He has been a great mentor to me personally and I look forward to his continued guidance as a well-wisher of this company,” said Dr. Vishal Sikka, Managing Director & CEO. “I warmly welcome Mr. Seshasayee’s appointment as Chairman. We have a lot to do and I am excited to work with him to accelerate our plans for the future,” he added.