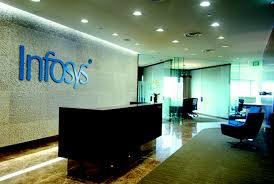 Infosys announced its internal carbon price at $10.5 per ton of CO2e, at an event organized by the Carbon Pricing Leadership Coalition (CPLC) in Zurich. A significant milestone for Infosys, the price will be applicable for a period of two years and will represent the cost of decarbonizing 1 ton of CO2e.

Infosys has been working towards building a clean energy future and has been on track to meet its commitment of becoming carbon neutral in 2018. The company has implemented a three-pronged strategy to go carbon neutral: energy efficiency, renewable power, and emission offsets. In addition, Infosys has also committed to reduce its per-capita electricity consumption by 50% from the 2008 level and use 100% renewable power for electricity by 2018.

Infosys derived its internal carbon price based on its program to completely decarbonize under the carbon neutral commitment. The carbon price announced today is a weighted average of the prices of carbon under the energy efficiency, renewable energy, and emission offset levers. The price of carbon under each lever was estimated based on the company’s past and ongoing investments in the area.

Speaking at the event, Sandeep Dadlani, President and Head – Americas, Infosys said, “We recognize that global warming is the biggest threat the world is facing today. We understand the significance of the 20C global warming limit under the Paris Agreement. For Infosys, by putting a price on carbon, we have further cemented our commitment to become carbon neutral. As a responsible company, we are very proud to be one among a handful of companies in the world to announce an internal carbon price. We hope that it becomes a global movement and helps save the planet by keeping global warming under 20C.”

Putting a price on carbon is akin to the concept of ‘polluter pays’. Infosys now has the option of using the internal carbon price as a basis to internally raise funds from businesses or departments and use the funds for corporate emission reduction programs. The internal carbon pricing exercise itself gave us deeper insights into the various pathways to reduce emissions and their relative merits and effectiveness.

CPLC, launched during the COP21 in Paris, is working with corporates and governments to advance the concept of carbon pricing. The Paris Agreement reached at the COP21 commits to limit global warming to well below 20C. That calls for an unprecedented and drastic cut in global greenhouse gas emissions, transitioning into a low carbon economy and moving toward a carbon neutral economy by the end of the century. Experts believe that the success of such a transition lies in putting a price on carbon. Infosys joined CPLC in 2016.