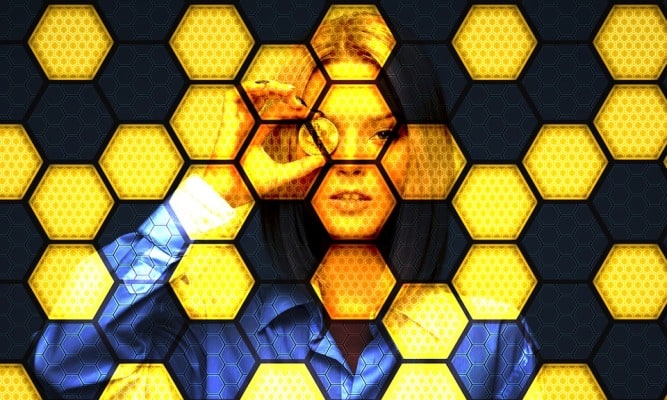 Blockchain is a term, which has been pitched around for some time. The technology can possibly reshape our digital future as well. Blockchains are decentralized ledgers (records), which can be utilized to primarily record transactions and contracts. However, execution and reality may sidestep several of today’s blockchain solutions.

The future and potential are extensive. The focus for this article is to dive deep into the applications of blockchain in cybersecurity, governance, and law, to enable readers to equip themselves, and reflect in terms of how these emerging verticals in technology will change our lives on a macro level.

First, let’s remove the pre-eminent reservations and paradox about blockchains. While most people associate blockchain with Bitcoin, please remember that Bitcoin is one application of the technology that is commonly spoken about. However, Bitcoin is not equal to blockchain.

Critics of the technology have grown at the same pace as its development has been furthering. For now, let us hold back from going into details, and motives about traditional players, and those out there criticizing the technology.

Like any technology, blockchains are also susceptible to attacks, such as 51% attack, and other popular vulnerabilities that have been known to plague some blockchains. In addition, it is imperative to consider the environmental and energy costs of certain blockchains. There have been several globally researched reports focusing on blockchains, like the Bitcoin ledger, which show how they’ve dramatically increased global energy footprints.

Other limitations include the fact that several current blockchains are not able to work in real-time and face delays. Market fragmentation has led to a lack of regulations, and almost non-existent standardization across the globe needs to be addressed sooner.

An added dilemma is transparency, which works perfectly in blockchain applications like Bitcoin – where anonymity is critical. However, the set of rules are difficult to apply to our daily banking transactions. Further, as the “right to be forgotten” prevails, further regulators and legislators need to take into consideration the long-term nature of blockchains. As an entrepreneur, I recognize that development and innovation in technology has a propensity to meander around limitations, just like our mother nature.

Back to our Blockchain Future

From a technology perspective, no system can ever guarantee security and integrity. However, decentralized blockchains are the closest we’ve come. This technology has come as a natural evolution of our civilizations relying on the internet and related technologies.

Over the past few years, this underlying technological trend has grown in terms of applications. Financial markets and property transfers are some of the common applications consumers are hearing a faint glow about. Blockchain has tremendous advantages over traditional architecture and record keeping systems.

Blockchain’s decentralized structure is the fundamental advantage of the technology. The network securely records data, and transactions on a distributed ledger, making the common information available to its participants. This process increases trust among participants, and users as in its normal functioning, it will keep a distributed set of records. Examples include validation of identities, records, and supply chain management. Blockchains are not 100% un-hackable, however, their usage prevents anyone (in most cases) from easily manipulating history and records.

Sometimes, blockchains and decentralized currencies can be so secure, that losing the key means losing access to all the money. This has recently happened where allegedly, a founder/CEO of a cryptocurrency exchange, passed away with the only password, and people were unable to access millions of dollars. While new reports hint at this not being exactly a black and white example, the theory behind it is plausible.

For hackers, there is no single central point of attack in a blockchain because of which they will be required to gain access to not just one node but to hundreds, if not thousands of different nodes on the same network. Any change made to data in a block will result in the entire system being aware of the same.

Hacking a blockchain-based security system is equivalent to robbing hundreds of banks all at the same time and ensuring that not a single alarm mechanism is triggered while doing so. The technology helps in creating consensus mechanisms that help in reducing fraud and data tampering with the introduction of new blocks being time-stamped, digitally signed, linked to the previous block, and compared to the rest of the blocks.

However, with the availability of the right resources and a deeper understanding of blockchain technology, in the future, it might be a technically achievable feat. Another important point is that blockchain reduces the human element from the cybersecurity equation, thereby mitigating the risk of human error, which is most often the cause for data breaches.

Human error, negligence, and lapse of processes will remain a major security threat for the near future – and we cannot expect blockchains to solve these issues comprehensively overnight.

Blockchain technology comes with a compelling promise for the government. It is transparent, yet private. It has a significant feature of removing intermediaries from transactions and in the near future might also come to replace a government agency’s role in managing and holding official records.

Blockchain deters corruption thanks to its features of accountability and bypassing the middleman. Blockchain can also play a vital role in the development of a digital economy by helping in storing an individual’s data, conducting secure transactions, maintaining private and permanent records, etc. Though it could potentially assist the government in carrying out its services, it, however, cannot replace an inefficient system, nor can it stop false information from being entered into the network. But, by carefully adopting blockchain, a government can help in developing an economy, which is sustained on the promise of technology.

Globally, there have been several investments in legal technology and India is now seeing a surge in accelerators, incubators, and funds relating to technology applications in law. Commonly, legal contracts are essentially made in physical formats requiring signatures on the original documents. However, with blockchain and the usage of smart contracts, there is potential for the undivided process to be digitalized – a contract could be created and executed undeviatingly between the parties with minimal or no involvement from lawyers when a set of conditions are met.

Blockchain definitely has immense application in intellectual property law, where records, first usage, and logs are notably essential. The technology and its application could promise to give owners of intellectual property a way to safely create and distribute creative works. It can also be applied to the concept of chain of custody, where the integrity of the processes is critical. The ledger is not limited to one location, and there is always a permanent record being maintained, which eliminates the need for testimony with respect to the preservation of the chain of custody.