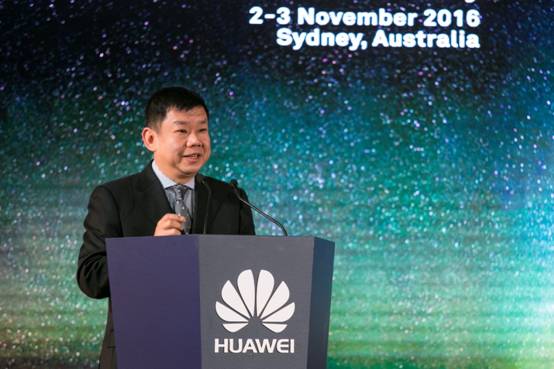 Huawei co-hosted the Huawei Innovation Day Asia-Pacific in cooperation with the Committee for Sydney and the Australian Technology Network of Universities (ATN). The theme of the event was ‘Brilliance of Exploration’ and it attracted over 150 experts and researchers from many different industries, institutions, government agencies and representatives of the media. They discussed how to face up to the unknowns of the intelligent world, how to create an open ecosystem that includes industry, academia, government and research, and how to drive the development of the entire industry through innovations in technologies and ecosystems.

Greg Hunt, Australia’s Minister for Industry, Innovation and Science, officially opened the Innovation Day and discussed the role of government in technological innovation. Mr. Hunt said that exploration and innovation were vital for the progress of society, “Innovation at this moment in our history is driving 60% of our national productivity, and is the fundamental driver of national productivity, which is the driver of jobs, growth, and opportunities.”

“ICT is the backbone, along with science, of the whole innovation space. For us as a government, we are involved in innovation and driving this forward as a means of helping the economy, helping individuals, and improving quality of life. Under the Innovation and Science Agenda, we bring young people into innovation and science through a program worth more than 100 million dollars,” he added.

At the Huawei Innovation Day Asia-Pacific, leaders from the ICT industry and researchers from leading universities shared their experience of joint exploration and innovation in various industries. Speakers included the CEO of the Committee for Sydney; the CIO of Asia Pacific and Japan for SAP; the CTO of Fujitsu Australia Limited; and the Chief Strategy Officer of Vodafone Australia. University speakers hailed from Stanford University, National University of Singapore, and University of Sydney.

Li Jinge, President of Huawei Asia Pacific, said in his speech that future explorations in ICT would require inputs from all parties, because there are many unknowns in creating an intelligent society. Li said that Huawei’s growth and success were a result of its spirit of dedication and customer centricity.

Li said, “Huawei’s determination in this area has never changed. Huawei promotes extensive collaboration between industry, academia, government, and research, which is the basis for creating a healthy and sustainable ICT ecosystem. Industry, academia, government, and research must explore innovation together to discover new pathways into the future.”

Building OpenLabs is part of Huawei’s strategy for creating an ICT ecosystem. Huawei aims to leverage the power of OpenLabs to bring together leading global and regional business partners, develop solutions and innovation capacity for industries, expand the market, and share the benefits. Huawei’s OpenLabs are located all around the world.

At the Huawei Innovation Day Asia-Pacific, Huawei said that to date, it has launched six OpenLabs for enterprise business, located in Munich, Mexico City, Dubai, Singapore, Moscow and China, and has worked extensively with over 400 solution partners worldwide. In addition, Huawei also plans to establish an OpenLab in Bangkok, the second of such OpenLabs in the Asia Pacific region, in early 2017.

Universities and research institutes are important partners in Huawei’s open collaboration. They are sources of Huawei’s basic technologies and an important pillar supporting its platform innovation. At the Huawei Innovation Day Asia-Pacific, Huawei unveiled the latest progress of the Huawei Innovation Research Program (HIRP), designed to drive partnerships with leading universities worldwide.

To date, this program has supported over 1,200 innovation research projects at over 300 universities in more than 20 countries around the world. In the Asia Pacific region, it has built a presence in countries including Australia, South Korea, Japan, and Singapore. In addition, this program has attracted two Nobel laureates, over 100 fellows of the Institute of Electrical and Electronics Engineers (IEEE) and Association of Computing Machinery (ACM), and thousands of experts from around the world.

Furthermore, Huawei’s global ‘Seeds for the future’ program offers a broader platform for university students, helping them increase their professional skills and broaden their global horizons. It aims to inspire more of them to explore and build an intelligent world. This program was officially included and funded by the Australia governments ‘New Colombo Plan’.