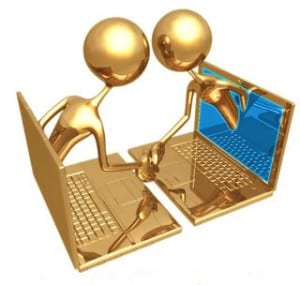 The recent judgment by a Chennai court to reinstate a sacked staffer of IT major HCL Technologies is seen as a landmark judgment that can permanently alter IT HR management in the days ahead.

K.Ramesha was working with HCL Tech as a Senior Service Programmer. The company on grounds of non-performance dismissed him in January 2013. But Ramesha contested his termination by filing an industrial dispute plea, which HCL Tech contended that since Ramesha was a supervisor he is not a ‘workman’ and hence cannot come under the ambit of industrial dispute act.

But the court thought otherwise. In his ruling the judge said that any skilled employee is a workman and going by that Ramesha qualified to be a workman and set aside his dismissal and ordered the company to reinstate him with full back pay.

This is indeed a landmark case as for long the white collared tech industries such as IT was out of the ambit of unions and labor courts. So any layoffs – large to small scale rarely elicited any major protests from the affected parties. A year back, laid off workers of IT major TCS went to the streets of Chennai challenging the company’s downsizing measures. This brought to fore many issues being faced by IT employees and they lacked a support system outside the confines of their companies. Till now most of the layoffs done by IT companies have been done under the pretext of non-performance and hence the sacked employees despite venting out their anger in social media rarely challenge the company’s diktat.

But at the ground zero level, the IT companies also have a case. For instance any company which has a multi-vertical play always have anticipated HR assets for pipeline growth and new projects. But overall recessionary trends in some of the core industries and shrinking of new client wins coupled with automation of mundane IT and business process tasks have stunted the growth opportunities of many lateral employees. When they hit the ‘Bench’ in their mid-life career point many companies see them as liabilities and after two seasons of no projects their performance obviously goes for a toss, and the “Outstanding’ and ‘Excellent’ ratings just becomes past glory.

An email sent to company spokesperson for a reaction did not elicit any response.

What do you think about this judgment? Is it a wake up call for IT companies?

What is Industrial Dispute Act 1947?

The objective of the Industrial Disputes Act is to secure industrial peace and harmony by providing machinery and procedure for the investigation and settlement of industrial disputes by negotiations.

The laws apply only to the organized sector. Chapter V-B, introduced by an amendment in 1976, requires firms employing 300 or more workers to obtain government permission for layoffs, retrenchments and closures. A further amendment in 1982 (which took effect in 1984) expanded its ambit by reducing the threshold to 100 workers. The act lays down:

– The provision for payment of compensation to the workman on account of closure or lay off or retrenchment.

– Unfair labour practices on part of an employer or a trade union or workers.

HCL Technologies (HCL), a leading global technology company, has been recognized as a Leader by…

HCL Technologies, a leading global technology company, today announced that it has become a Microsoft…