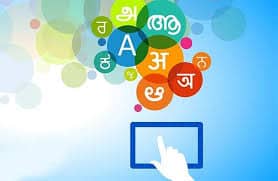 A delighted Rakesh Deshmukh, co-Founder & CEO, Indus OS, said, “Our partnership with Karbonn is a testimony that smartphone brands are recognizing the need for a regional language smartphone ecosystem in India. It is a young homegrown brand, differentiated by its efforts to create a simplistic experience for the Indian users, much like us. They are a fast growing company and we are glad to partner up in the next leg of their growth phase.”

Shashin Devsare, Executive Director, Karbonn Mobiles & Jaina Group said, “As per IAMAI, the regional language user base in India grew 47% and touched 127 million in June 2015. The growing consumption of regional language content on mobile phones is a clear indicator of the need for localizing the Smartphone ecosystem for bridging the gaping digital divide. Recognizing the explosive growth potential of this segment, Jaina Group has been working towards dissolving language barriers, a major impediment for Smartphone adoption, by introducing solutions offering uncomplicated regional language experience to the users. The partnership with Indus OS is an extension of our efforts towards this end and would play a pivotal role in simplifying the web experience for regional language speaking users further driving adoption”

Indus OS currently has over 4.5 million users and commands a 6.3% market share since the first official Indus OS powered device was launched in May 2015. It boasts of a host of patented features including the Indus keyboard, which is a pioneer in regional keyboards – it was the first keyboard of the country to have the natural ordering of the alphabet, allowing Indian smartphone users to type with ease and familiarity. It also offers the auto-correction and the patented matra-prediction features in 12 languages. In addition, it has its own regional app marketplace for content, App Bazaar, available in 12 languages. Further, Indus OS in collaboration with the Govt. of India’s Department of Electronics and IT (DeitY) introduced OS integrated text-to-speech (TTS) technology in 6 regional languages in June 2016.

Indus OS launches new keyboard to free you from typing

This Independence Day, Indus OS announced the launch of its new Indus Keyboard with even…