Indus AppBazaar focusses on providing localised and simple solutions for our users. It hopes to attract talent with the vision for the app economy of the country.

DQ: What is the untapped potential of the Indian app market?

Rakesh Deshmukh: Today, the smartphone industry is disrupting consumer behaviour and social structures of the country by catering to audiences across demographics and socio-economic segments. Thanks to affordable smartphones, 4G, and an unprecedented explosion of data consumption, which have created a dynamic shift in the Indian app store market as well. 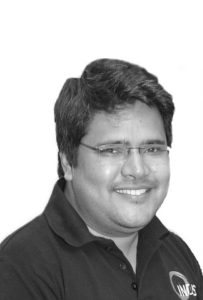 In 2019, the number of mobile phone internet users in India surpassed 420 million . However, the sector is witnessing merely 60% of its app downloads through Google Play Store and Apple’s App Store. The rest is an untapped market belonging to sundry modes of downloads, including third-party app stores and offline platforms.

It was time for companies like Indus OS to focus on this gap, and address challenges like language support and content by facilitating simplified mobile applications services. Another surprising factor, which continues to be a key challenge in the industry, is the number of Indian Internet users, who do not have a Gmail/email ID to log-in. On Indus App Bazaar, we have simplified the process of app downloads by exemplifying the need for email identification.

DQ: What critical role is played by language content users in boosting the app ecosystem in India?

Rakesh Deshmukh: Languages have been the bedrock of social structure in India; to assume that it will not play a pivotal role in the growth of technology would have been irrational. Today, companies have made ‘language’ the fulcrum of their product in India, catering to 90 percent of the non-English speaking audience.

In the last couple of years, over $610.88 million was invested in Indian language content apps . This gives an evidential outlook of the sector, how companies have leveraged government’s impetus on digitization and private company investments to duly contribute to the app economy of India. Indus OS acts as a solution for the 300+ million new and existing regional language users who will be entering the smartphone ecosystem in the coming years.

DQ: What are the key milestones achieved by Indus OS since its inception in 2015?

Rakesh Deshmukh: Our biggest win was in 2019 was when Samsung Venture Investment Corp. (SVIC) in Indus OS during the series B funding. It was absolutely special because it was the first time they were investing in an Indian company.

The deep product partnership with Samsung, the world’s leading smartphone brand boosted our user base to around 75+ million and our revenue 4X in the first six months. Additionally, it also broadened our vision to offer the simplified browsing experience to varied language audience in our country.

Consecutively, we also received global recognition among ad-network partners which paved the way for us to build our brand and run campaigns with top apps in India and around the world. In August 2019, Appsflyer reported Indus AppBazaar as the fastest growing marketing platform in Indian Subcontinent .

Apart from this, Indus OS had first raised funds from a group of angel investors including Snapdeal co-founders Kunal Bahl and Rohit Bansal, Quikr founder Pranay Chulet, Naveen Tiwari and Amit Gupta from Inmobi in September 2015.
In early 2016, we raised $5 million (around Rs 34 crore) in a fresh funding round led by impact investor Omidyar Network. The following year, we got invested in Series A2 funding from early-stage investor VenturEast and JSW Ventures, the venture capital arm of JSW Group. Later in 2017, Indus OS raised $4 million (around Rs 26 crore) in a pre-Series B funding round.

DQ: Elaborate on the challenges faced and the learnings.

Rakesh Deshmukh: India has a vast consumer market where the brands are constantly evolving. As a company, we are catering to the needs of our users but there is also a parallel competitive field which requires us to stay attuned to the needs of our consumers and perpetually innovate solutions.

Owing to an increased uptake of technology, consumer expectations in the smartphone ecosystem have become very dynamic. It’s exciting and challenging at the same time keeping up with new technology breakthroughs and deploying them in order to cater to our users.

Another lens to our learnings is that, we are a B-B-C (Business to Business to Consumer) model, where our products are highly dependent on the OEM partners. There is an interdependency in the market in terms of reach, distribution and adoption of the product. To a degree, any form of market fluctuations impacts our business as much as it affects our OEM partners when it comes to positioning and brand value.

DQ: What are your plans, going forward?

Rakesh Deshmukh: Language users have been driving the Indian smartphone market towards global innovation. We at Indus OS are constantly revisiting our vision to pace an inclusive digital economy through our products like Indus AppBazaar. As we reach our 100+million user base this year, we are also aiming to be the world’s No.1 OEM Appstore in the world.

Considering the long-term growth for our brand, we are also exploring and driving conversations to partner with OEMs globally to tap the ‘managed app store’ market We have witnessed exponential growth in the past when there is an OEM partnership, especially in terms of user base.

India being one of the fastest growing markets for mobile applications, our key objective lies on empowering the app developers in the country, mainly through direct app developer partnerships with high volume commitments. Considering the rising demand for content, we feel there is a dire need for creating opportunities for them and showcasing their work on our platform. Indus AppBazaar especially focusses on providing localised and simple solutions for our users and we hope to attract talent with our vision for the app economy of the country.

Posted by: Aanchal Ghatak
View more posts
Tags:Indus AppBazaar
Indus AppBazaar addressing challenges like language support, content: Rakesh Deshmukh 0 out of 5 based on 0 ratings. 0 user reviews.
CEOs to get Arrested if Employees Test Positive for COVID-19? Here’s the Truth
Free Internet is Not Being Provided by DoT until 3 May: Fact Check