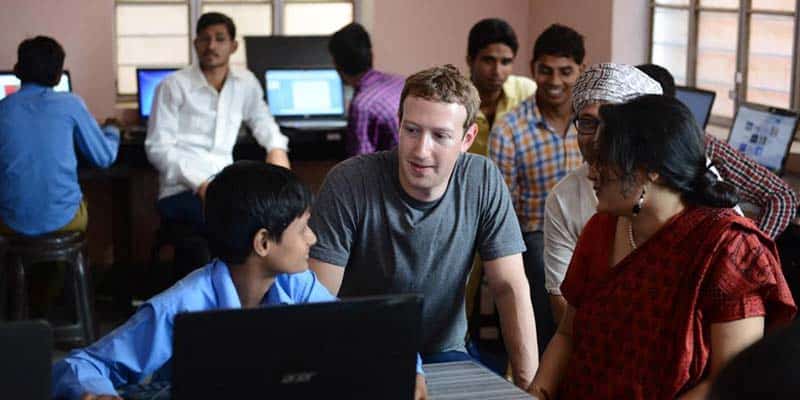 In the midst of all the fuss on the current government’s initiative to digitally empower its citizens under the Digital India programme, a delinquent move of the government has surfaced contradicting its very initiative. The first digital village project in India under the Minority Cyber Gram programme has been discontinued very unobtrusively.

Three years ago, the Congress-led UPA government had launched MCG (Minority Cyber Gram) programme to introduce digital literacy to minority groups in villages. In the same year, Facebook CEO Mark Zuckerberg made the headlines in India when he visited Rajasthan’s cyber village. The village called Chandoli is situated in Rajasthan’s Alwar. Chandoli was the first village chosen for this project but due to negligence, the project repeatedly got delayed and is nowhere to be seen now.

An NGO named Digital Empowerment Foundation used to run the programme. But in February 2015, while the government had asked the NGO to vacate the premises, it worked out of a rented room for one year and then eventually gave up due to lack of funds. The villagers also say that school kids e-mailed complaints to district collector about panchayat officials who were often absent. This is likely to be the reason of shutting down the centre to suppress the voice of people which was otherwise not probable through offline mode, as reported by Hindustan Times.

The Minority Cyber Gram programme was launched with the aim to make fully digital villages by imparting digital literacy among identified local minority groups. The abandonment of the project has raised questions on government’s actions as the MCG programme directly serves the purpose of the current government’s Digital India programme.