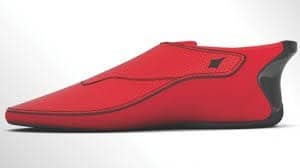 On a mountaineering expedition, you get separated from your other group mates and after walking for a while you reach an intersection. Just then, your footwear ‘talks’ to you and sends vibrations to your left foot to convey that you need to take the left turn. You continue following the instructions of your shoes and safely reach your destination.

No, this is not a scene from a science fiction or a fantasy movie, the world’s first interactive haptic footwear can actually show you the way and ‘guide your feet’ towards the right path.

Aptly termed as Lechal, which means ‘take me along’ in Hindi, the footwear is an innovative wearable developed by an India-based company Ducere Technologies. The footwear uses the technology of touch or haptics to guide the wearer by vibrating. It uses Bluetooth technology to connect to the user’s smartphone via an app. Using GPS the app determines the directions and then communicates with users via gentle vibratory responses or haptic feedback. 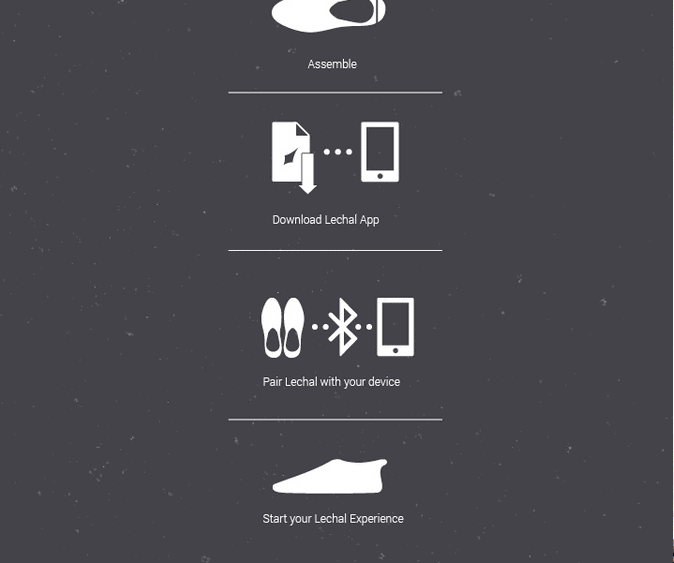 What makes Lechal interesting is the fact that it allows a completely hands-free experience—you don’t need to constantly look at maps on your phone while running or biking, making it a safer and convenient option.

Lechal is available in two forms—a complete set of shoes or as insoles for existing shoes. This fiery red smart and fashionable footwear, apart from giving directions can also be used as a fitness tracker for counting calories, distance travelled or for logging fitness activity and charts. The footwear also lets users tag their favorite locations, as well as share routes or destinations with other users.

Interestingly, Lechal footwear was initially conceived by Krispian Lawrence and Anirudh Sharma, graduates of the University of Michigan and the Massachusetts Institute of Technology respectively, as a solution to help the visually-impaired navigate their worlds better. Along the way, the duo realized that as the wearable is versatile, it can be used by anyone and everyone. 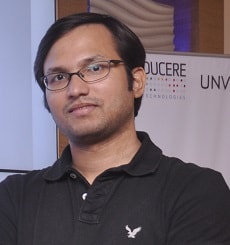 How it empowers the visually impaired

Since Lechal’s genesis lies in using haptic technology to help the visually-challenged, there are several elements built in to the design that retain that legacy. For example, the app responds to audio commands. Another key feature is that the users can control their entire Lechal experience through the volume buttons on their smartphones. “At every stage, the interaction with the app or the footwear is intuitive and organic,” says Lawrence.

The impulse to empower the visually impaired continues to guide Lechal’s design philosophy and aesthetic. “We have also created the Lechal Initiative under which a part of the proceeds from the sale of very pair of Lechal footwear sold will be used to subsidize the footwear for someone who is visually-challenged. We have tied up with L V Prasad Eye institute in Hyderabad to make this a reality,” adds Lawrence.

The story behind the world’s first interactive haptic footwear

In 2011, when Lawrence and Sharma had founded Ducere Technologies with an aim to create intuitive and user-friendly wearable technology innovations, the wearable technology was at a very nascent stage. Thus, as a start-up the company had to encounter a number of challenges. Lawrence puts this in perspective, “The last few years have seen wearable technology become a buzzword but in 2011 no one quite knew what we were talking about. Initially, there were several challenges, from funding to finding the right talent, to finding the right manufacturing vendors. But now, things have fallen into place and we are currently in an expansion phase.”

Today, the company has scaled from 2 people to 80 employees and is making significant strides in releasing the Lechal footwear. “We have completed our design refinements and are currently awaiting final samples and expect to start mass production in a few weeks. We hope to start shipping our pre-orders by the end of May or early June and we aim to be in retail and e-tail stores in the US, UK, Middle East, and India by Oct-Dec. Customers in other markets will be able to order the footwear from our website until we make inroads into their home countries. We plan to expand into more markets in 2016,” updates Lawrence.

Lechal footwear will come with the world’s first interactive charger that responds with audio feedback when you snap your fingers. The insoles will cost around $150 and the shoes will be around $250. “We will also have India-specific pricing that will be lower than all the other markets,” says Lawrence.

The company is also working on making Lechal available in brick and mortar stores in India and across the world. It has received an overwhelmingly positive response and has already got over 50,000 pre-orders from across the globe.