Decades back, Nehru had propagated ‘India China Bhai Bhai’. Much water has flown since then. Following an incisive incursion into India, China’s persistent stance in not recognizing India’s sovereignty in Arunachal Pradesh, as well as after the recent Doklam standoff, the relations between the two has often been ‘blow hot blow cold’ to say the least. And this is despite the fact that the Indian market is being flooded with Chinese products – from small appliances to electronic and consumer gadgets. (Though detractors doubt the quality of these products.)

Even as China tries to establish its strong economic credentials across the globe, there have often been suspicions regarding Chinese companies. The common apprehension that persists is that many of these companies are involved in covert espionage along with the Chinese Government and hence their entry and penetration into a country might often compromise the security and sovereignty of the nation. 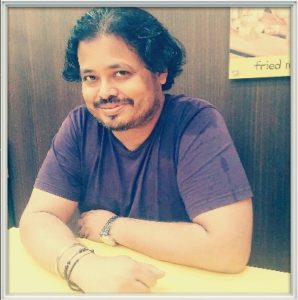 Despite the multiplicity of Chinese companies and services in India, from time to time this apprehension often raises its head here too. In recent weeks, what has posed as a matter of concern is the fact that many Chinese tech and media companies have started backing most of the news apps in India. The fear that China might attempt to influence Indian media on the policy front (especially as Chinese majors are funding many news apps) gained credence once there were reports from the Australian Government and Intelligence, claiming that China is influencing its politics and all levels of government for a decade.

In July, Rajya Sabha MP Narendra Jadhav expressed his apprehension about Alibaba’s stake in Paytm, claiming that the Chinese Communist Party is seeking a direct role in influencing decisions made by Chinese MNCs like Alibaba. The concern does seem to have some merit. There can be little doubt that accessibility for Chinese companies to millions of Indians’ financial data can be a potential risk to our national security.

However, since the same Chinese MNCs have also been hugely funding the Indian digital News media, the risk does not seem to be confined to investments only in the financial sector. What if China tomorrow plans to wage a cyber-propaganda in India by investing in our digital news applications? The possible repercussions for this could be grave indeed.

Newshunt, which was invested by China’s Byte Dance in 2016 for $25 million, has over 50 million user base in Google Play alone. Now it seems even Alibaba wants to acquire a minority stake of 10 to 12 percent in Newshunt with a $500 million proposal.

Newsdog, one of the topmost news applications claiming to have around 50 million user base in Google Play India, is not only backed by Chinese giants but also owned by a Hong Kong-based company, Hacker Interstellar. It is indeed the Indian version of Byte dance’s Chinese app Toutiao. Tencent too has invested around $50 million dollars in Newsdog this year; the Chinese mobile app developing and publishing company, Dot C united group too has a significant stake in Newsdog.

On top of it all, UC news, a service provided by UC browser, owned by Alibaba, has acquired the user base of over 100 million in Google Play in India, the highest user base than any other news applications in the country. When 87 percent of the Indian digital population is accessing news content online, of which 91.5 percent is accessing via mobile devices (especially vernacular content), there is a serious possibility that Chinese influence might start to guide our media positioning and news outreach to people.

In fact, if we list out the new-age news apps in Google Play with at least 10 million user base in India, there are only three News apps – Newspoint by Times Group, Jio News Express by Reliance and Way2News by Way2Online, which are backed by domestic investors, while the rest are either owned or funded by foreign investors, mainly Chinese.

When it comes to the digital ecosystem, there is no regulatory body acting upon the foreign funding in Indian news media or the foreign media spreading over the Indian digital market. If the government regulates the FDI in traditional media by considering it as a powerful tool, which can sway the public opinion, then it is perhaps time to identify a similar crisis with digital news media, especially news applications.

By Limesh Parekh, CEO of Enjay IT Solutions Wealth management is a booming market in…