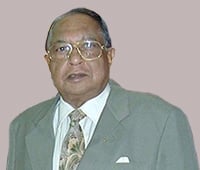 Hemant Sonawala (1937-2015), the founder/chairman of Hinditron Group (www.hinditron.com) passed away on May, 30, 2015. He was one of the founders of India’s IT & Hi-Tech industry, having started Hinditron in 1966 and its Computer division in 1971. Sonawala, a visionary, helped lay the foundations on which the industry grew and subsequently had a meteoric rise.

A passionate serial entrepreneur, he was a classical mentor whose protégés have gone on to build many other successful Companies.  Many IT industry pioneers, such as, Pravin Gandhi, Harish Mehta, Som Mittal, Bhaskar Pramanik and many others were closely associated with him since their early days.

A heartfelt tribute to Hemant Sonawala