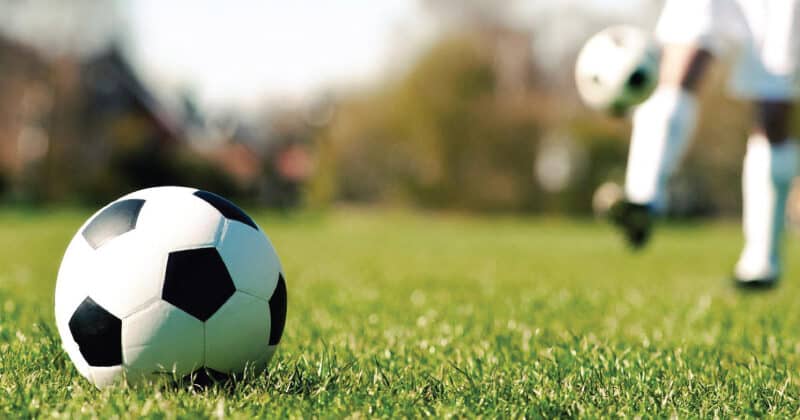 If Intel, Google, Microsoft, Uber, and Twitter can do it, so can the drivers of football in India. Surprised? We will come to the whole story, but let us take first things first.

The All India Football Federation (AIFF) – the national governing body for the sport that is affiliated to the Asian Football Confederation (AFC) and FIFA, the world governing body for football – governs and runs football from the grassroots to the elite football and national teams in the country. In 2013, AIFF decided to adopt modern management practices to create a robust structure for its development programs and bring in a more professional approach to game management and improve India’s FIFA ranking.

The result caught the attention of many: the Indian national team improved its ranking from 154 to 97, India qualified for the AFC Asian Cup 2019 in the most emphatic manner by topping its group, it successfully hosted the U-17 World Cup that saw a massive 1.34 million participation, and launched IWL – the professional league for women. Following the success of its four-year strategic plan (2014-17), AIFF decided to launch its second four-year strategic plan in March 2019.

While rolling out the new plan, the federation also analysed the data from the last two and a half years (post digitisation) to identify key success factors and improve the quality of delivery of the development programs in future. The analysis indicated that even though the first strategic plan had helped AIFF bring about some major changes and new initiatives, there was a lack of alignment since the organisation did not have a proper mechanism of monitoring or tracking the objectives. In fact, the organisation was using MS Word and Excel documents for bi-monthly or quarterly reviews and the task was carried out only before the discussion on the work status. This also led to a lack of ownership at times.

They also found that there were a lot of mismatches and a lack of alignment in monitoring and there was no proper way to track goals. Infrequent review meetings not only led to confusion in tracking targets and goal-setting, but also when it came to consistency and ownership. While AIFF wanted to hold reviews more frequently, they couldn’t find the time. Travel and other schedules made agreeing on a meeting time difficult, furthering the misalignment.

A lot of research and brainstorming led the teams to explore how some of the big companies including the IT giants were almost always doing things right.

“We needed an impactful monitoring, tracking tool and decided to opt for OKRs [objectives and key results] as part of our endeavor to take Indian Football forward,” says AIFF General Secretary Kaushal Das, adding that tracking the progress of the goals on a continuous basis was till then a challenge for them. “There was a lack of ownership and challenge in monitoring the progress of goals and the strategic plan. This was one reason why we knew we had to find a better system.”

The solution lay in automating the process using technology and creating a digital framework for defining and tracking objectives and their outcomes. This motivated the sports federation to explore the benefits of adopting OKR software for goal-setting and to track the achievements on a regular, periodic basis.

“We launched our first set of the four-year strategic plan in 2014 and at that time we did not have OKRs. The reviews happened ‘as and when – because it was not a simple task to get everyone involved to agree to one time because of travel and other schedules and accordingly it was not as effective,” Das explains.

He adds that AIFF decided to go ahead with the OKR because it wanted to bring in more transparency in operation, improve collaboration, better alignment, and accountability. “Inter-departmental goals were a challenge for us. However, the shared OKRs ensured that there was dialogue and engagement between departments to get work done with more efficiency. We were also impressed with the OKR framework provided by Profit. co, which had a mechanism of informing people how their tasks and goals were linked with AIFF’s vision and goals.

“As individuals and as a team, we can now discuss how even smaller or bigger objectives can be linked with the bigger picture. It is a lot easier for people to do what they are doing if they know why they are doing it,” he says.

According to Das, the software allows the department heads to assign the primary owner for each key result, making individual responsibilities very clear. In cases where a significant contribution is required from more than one department to achieve the key result, the task can be assigned to one or more departments with shared ownership. This was a key component for AIFF, which was keen to improve inter-departmental collaboration within the organisation since the 2019-22 plan had seven key strategic goals across 13 core areas, which were identified during the previous plan period.

The impact of OKR

The football federation discussed several initiatives while framing the objectives and key results for the period. According to the AIFF officials, the OKR has helped the organisation establish a state development department. It has also enabled the organisation create a state grading system to help better support state associations as part of its ‘Go Local’ goal, offer coaching for referees and specialised courses by European experts in areas such as talent identification, and introduction of a U-17 Girls League. AIFF was also able to successfully bid and win the hosting rights for the U-17 FIFA Women’s World Cup and the 2022 Women’s Asian Cup. AIFF has also a keen bid to host the AFC Asian Cup in India in 2027.

Following the OKR rollout and under the new strategic plan, AIFF also launched its revamped website for improved brand communication. It also launched AIFF TV, and despite the pandemic, it became the first sports federation in India to organise on-field sporting events, in October 2020. Additionally, AIFF launched digital programs and initiatives, created a campaign to bring everyone together, and launched their new motto: ‘Indian Football Forward Together’.

“Under the OKR we had planned to develop some e-learning courses in the coming years and COVID-19 acted as an accelerator whereby certain coaching courses are now being conducted online,” Das says.

Talking about the return on investment, he indicates that it is still early to fully assess the RoI and impact. “It is normal for companies to take a few quarters before regular implementation of OKRs fully kicks in. However, we have seen positive outcomes as we believe it has provided clarity and structure to the desired outcomes for individuals and teams. It has been witnessed through projects mentioned above which have already been completed,” he emphasises.

Das also says that the OKR discussions provided the organisation with a platform to educate everyone about the vision and strategic goals of the AIFF and engage with them on how their objectives can align and help in achieving the overall objective. “OKR helped us create a more structured operational plan for the ongoing strategic plan. The framework stood out for us because it helps in transparency, especially while having collaborations. OKRs ensure there is a dialogue and engagement between departments to get work done with more efficiency and ownership,” he says.

Rolling out the platform

He says that since multiple rounds of discussions had already taken place on OKRs and they were drafted on Excel, the organisation decided to go for a full-scale rollout with Profit. co, instead of any pilot for proof-of-concept. “However, internally the strategy team continued to review the OKRs, department by department, starting with their own to fine-tune the drafting and structure. The process is ongoing,” he says emphatically.

The rollout was, however, not without its hiccup. According to Das, in the beginning, when the teams were informed about OKR and the companies that use it, there were some reservations. “This was also because we had no example of a sports federation or a sports company using OKRs, So, we had to explain how it can be applied to us.”

He also points out that most of the AIFF employees are now aware of their OKRs. “There are people who still have doubts about the tool and the concept, but they know who to reach out to to clarify their doubts. We are still in the process of getting people to update on the tool regularly, we haven’t achieved that yet,” he states, adding that even though COVID-19 has accelerated certain digital or IT projects, it impacted the OKR platform initiative and has led to delay on-site in plans and activities.

“We needed an impactful monitoring, tracking tool and decided to opt for OKRs as part of our endeavor to take Indian Football forward.” — Kaushal Das, General Secretary, AIFF

Problem and challenges: No precedent of a sports federation or a sports company using OKR, so people had reservations; still inconsistent usage of the tool; regular check-ins and updates on the tool still to be achieved; delay in on-site rollout due to COVID-19

Who uses OKR at AIFF?

Barring a few, mostly everybody in the company is on the software platform – from the coordinator to assistant manager, manager, heads of departments, and also the CEO. Overall, around 60 AIFF employees across the country – at the headquarters in Delhi and others working remotely – are on the platform. The exceptions include the technical staff like coaches and the on-field team staff. 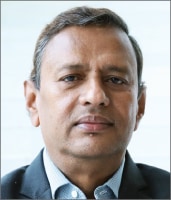 Posted by: DQINDIA Online
View more posts
How Indian football scored a goal, with OKR kicking in 0 out of 5 based on 0 ratings. 0 user reviews.
Up the innovation curve: The latest wave of Deeptech startups in India
How coding is shaping future of students, and why jobs are growing in tech domain in 2021?