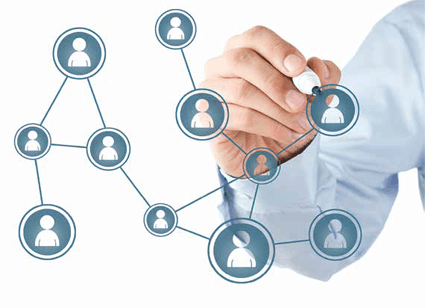 With our lives being dominated by digitalisation―phones, cars, banks, shopping and even important healthcare facilities, usage of the latest technologies like AI and Machine learning is becoming a way of life.

Businesses around the world have realised the importance of adopting technology to improvise customer experience, stay relevant, and increase market shares.

While the IT community is revered more than ever, it’s the increasing contribution of the tech geeks, that’s architecting the next phase of innovation. This is exactly the scene at India’s biggest upcoming hackathon, TechGig Code Gladiators 2018.

TechGig Code Gladiators 2017 was honored with a coveted mention in Guinness World Record for participation numbers, beating China’s Baidu. This year too, organisers are vying for bigger laurels as participants have started submitting their codes.

Some of the new and exciting themes in this year’s Code Gladiators that have been well-received by participants include Artificial Intelligence, Blockchain, Amazon Alexa, and Cloud Computing.Artificial Intelligence and Machine Learning themes have witnessed maximum submissions so far. Other popular themes include Machine Learning, Internet of Things (IoT), E-Commerce and Big Data at the TechGig Code Gladiators 2018.

The largest coding competition in the world that attracts coding stars, Code Gladiators, is held in India ever year. This flagship coding contest conducted by TechGig showcases the depth of coding talent in India.

Code Gladiators which was launched in 2014, saw participation by 64 companies and 36,000 coders. In the past four years since the code contest was launched, the number of coders, both freshers as well as working professionals, participating in the event has risen by more than six times. The 2017 contest that saw 2,09,111 participants was declared as the largest programming event by the Guinness World Records.

For twenty-year-old student Sameer Gulati, who won the ‘Best Coder in the World’ title at the TechGig Code Gladiators 2017, the experience was absolutely surreal. Sameer took the champions trophy and ₹ 2.5 lakh in cash prize after beating over two lakh coders from across India. DilipKasana from Mobileum India who won the ‘Beat the leader’ as well as came second runner-up took home a total of ₹ 3 lakh in cash. Since TechGig Code Gladiators is open to everyone, it provides great networking opportunities for techies to interact with working professionals while testing their own coding skills.

Over the next few days, stars in the coding community will battle it out across three levels: The screening round, The online Hackathon, and Offline Hackathon. The Grand Finale will be held in June 2018 to select the champions from various categories.