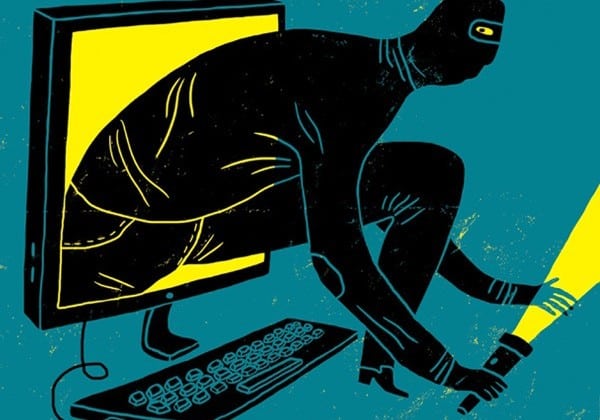 According to a recent report by Kaspersky Lab, India is ranked 12th worldwide for when it comes to the dangers associated with surfing the web. Q3 in India saw that 32.8% of users were attacked by web-borne threats between July and September 2018. Kaspersky Lab products detected 48,093,743 Internet-borne malware incidents on the computers of KSN participants in India.

Exploiting vulnerabilities in browsers and their plugins (drive-by download): Infection in this type of attack takes place when visiting an infected website, without any intervention from the user and without their knowledge. And this is the number one method utilized by cybercriminals, the one used in the majority of attacks. Protection against such attacks requires an Internet Security class solution capable of detecting threats as they are being downloaded from the Internet and the timely installation of all the latest updates for the browser and its plugins.

Social engineering: These attacks require user participation, with the user having to download the malicious file to their computer. This happens when the cybercriminal tricks the victim into believing they are downloading a legitimate program. Protection against such attacks requires a web antivirus solution capable of detecting threats as they are being downloaded from the Internet.

The use of local infection statistics for user computers is an extremely important indicator. Worms and file viruses account for the majority of such incidents. This data shows how frequently users are attacked by malware spread via removable USB drives, CDs and DVDs, and other “offline” methods.

Protection against such attacks not only requires an antivirus solution capable of treating infected objects but also a firewall, anti-rootkit functionality and control over removable devices. In the period July-September 2018 Kaspersky Lab products detected 68,405,291 local malware incidents on the computers of KSN participants in India. Overall, 56.1% of users in India were attacked by local threats during this period. This puts us in the 53rd place worldwide.

Malicious Hosts: When a Kaspersky Lab customer is attacked by an online threat, they record the source of this threat and the location of the malicious objects that tried to infect the system. Based on that data, the share of malicious incidents caused by malware hosted in India was 0.68% – that is 6,450,023 incidents in the period July-September 2018. This puts India in 9th place worldwide.

“India is the second largest country when it comes to its population, the number of people who use internet on a day to day basis has also increased now more than ever because of the 4g and 5g networks being introduced. This also makes India a potential victim to cyber attackers. It is known that money is the main motivation behind a cyberattack, and India being one of the largest and developing populations cannot afford to be vulnerable online. We need to be more aware and more secure online” said Shrenik Bhayani, General Manager, Kaspersky Lab South Asia.

While cybersecurity requires a holistic and multi-layer approach, basic online habits matter when it comes to avoiding web threats. Here are some reminders from Kaspersky Lab:
1. Keep the operating systems (OS) and application on your computers and devices updated all the time.
2. Ensure all your programs have the latest version of antivirus software installed.
3. Be vigilant. Avoid opening unsolicited email attachments, visiting unknown websites, or downloading software from untrustworthy sites or peer-to-peer file transfer.

Posted by: DQINDIA Online
View more posts
Tags:Kaspersky
India Ranks 12th in World Regarding Dangers on Web: Kaspersky Lab 0 out of 5 based on 0 ratings. 0 user reviews.
HGS Announces Results for Q2 FY2019
Crowded Stores on Dhanteras? Here’s How to Buy Gold on Paytm and Other Sites Online

For the fifth year in a row, Kaspersky Lab has again retained the top spot…