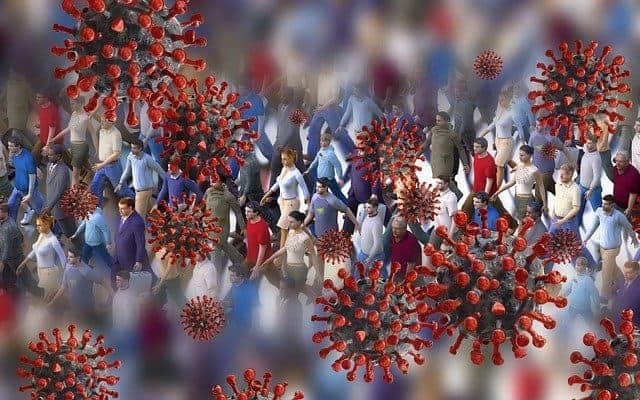 The lockdown, amidst changing a lot of things all around us, made our Internet connection umbilical. It became a major source of Entertainment, our connection to the outside world, collaboration tool to get jobs done and our information place for learning and acquiring new skills.

The Covid-19 pandemic and the subsequent lockdown led to a massive surge in the use of the internet across India. Lockdowns, social distancing and the new normal of restricted workforce has pushed users to explore new scenarios to maintain life and business continuity.

There has been an exponential surge in the Internet consumption as most of the country working from home or staying at home during the pandemic. From increase in video and gaming usage for entertainment at home to growth in connectivity tools like video conferencing services for business use, ISPs have witnessed data consumption peak to as high as 60%-70% of pre lockdown levels.

How did Internet cope?
So, how did the Indian Internet cope with this sudden and massive burst of usage in this history?

There were understandably some hiccups initially as network infrastructure developers never thought of such an unprecedented situation. The lockdown came unannounced and a lot of service providers were not ready for the abrupt peak. Their upstream capacities were not enough.

Mobile Internet was unable to handle high data rates for many concurrent users. Wi-Fi slowed down due to users FUP/data limits finishing, resulting in bad user experience as we saw, never seen before, big spikes of data consumption.

But, still, the infrastructure held itself up and without facing any major breakdown or letdown, India and India Inc managed through the various phases of lockdown and now Unlock. Here’s why!

The current network infrastructure of legacy telcos and mobile internet providers is not optimally built to manage such high demands on a consistent basis. However, owing to cheaper and effective upstream capabilities of an Internet Exchange (IX), many local Cable broadband providers were able to manage the surge in data demand. IX helped maintain data speeds to subscribers for peered content, making it possible for millions of Indians in lockdown work, get entertained and learn new skills.

Secondly, while the pandemic has resulted in more traffic, it was not significantly different from what is witnessed by global providers. Private cable broadband companies like DEN, Alliance Broadband, Excitel, Hathway, and many other ISPs have a decent access network to connect their end users. Their last mile capacities are good enough to handle the surge of data that we witnessed.

Lastly, the nascent, but evolving optical backbone of the ISPs ensured the data surge didn’t result in breaking or stopping the internet. The data surge witnessed and the FTTH network, both a metro phenomena, helped transmit the sudden and high demand of data. Most of the ISPs, with strong LAN infrastructure, offer 100 mbps capacity over their optical networks that can handle higher and increased video bitrates, as witnessed during the lockdown.

Thoughts!
However, the pandemic leaves us with some thoughts too!

One, to be a content hub of the world, the internet infrastructure needs to move to FTTH faster than the pace it is at today. FTTH connections in the country are about 10% of the total wire line connections and are miniscule compared to the 350 million plus connections in a country like China.

With the upstream capabilities increasing as video-based content consumption goes up, FTTH promises to unlock a slew of opportunities and applications benefiting consumers, businesses and content providers with a high two way bandwidth capacity. The future of India’s broadband infrastructure also depends on collaboration between application and content providers and internet service providers, both wireline and wireless operators and a deeper understanding of how they interplay to each other’s benefit.

Two, eliminating the FUP limits which is an archaic practice in the country. The recent data surge and immediate digital transformation across sectors in the country, makes FUP limits a growth impediment to the vision of Digital India. Globally, ISPs have moved beyond FUPs or have a high and realistic limit upwards of 300 GB.

Internet Exchange lets content providers like Google, Facebook, Netflix, Amazon Prime and other streaming services players as well as gaming companies in India to scale up and broaden their reach. The exchanges are built to manage demand spikes and ensure uninterrupted and consistent flow of speeds and data. Investments in the internet ecosystem through exchanges helps expand the ecosystem by bringing down costs, ensuring speeds and scalability and managing smooth operations.

Healthcare Market in India to be a Major Direct Job Creator: NASSCOM CoE

A NASSCOM CoE, based on the analysis of the top use case submissions, report has…