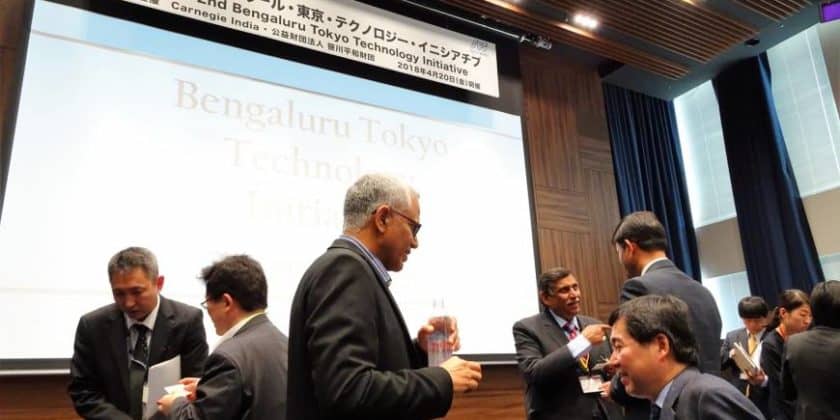 Japan is facing a shortage of information technology engineers. So the country has turned its focus on India’s abundance of IT talent to prepare for the anticipated “internet of things” society.

Recently, at the Bengaluru Tokyo Technology Initiative event, held Friday in Tokyo’s Minato Ward, policymakers, scholars and officials from both Japan and India discussed potential bilateral collaboration in the industry.

Japan has strength of manufacturing high-quality products but it does not have enough IT engineers to underpin software development for IoT technologies. On the other hand, India’s strength lies in the rapid growth of its IT startups. Although it’s hardware production is not as strong as that of Japan. So this collaboration will help both the countries to create a strong industrial base that can compete with IT behemoths like China.

A 2016 ministry survey estimated that Japan was short of 171,000 IT professionals in 2015, and that the number may balloon to 790,000 by 2030. Another survey, by the Information-technology Promotion Agency Japan, showed that about 87% of 1,221 domestic IT companies surveyed in fiscal 2016 found they were short of IT staff.

The event was attended by about 200 participants from 90 Japanese companies, government officials, scholars, and others. It also attracted 22 Indian IT startups from various sectors, including artificial intelligence, medical, transportation, agriculture, Fintech and space business, giving them an opportunity to network with Japanese investors.

The event was organized by Tokyo-based Sasakawa Peace Foundation and Delhi-based Carnegie India. It was also supported by the industry ministry, the Foreign Ministry, the Japan External Trade Organization and the Embassy of India.

Domain-specific features, along with core, will give edge to MatchMove Dynamic

8 Trends That Will Reshape the FinTech Landscape in 2019

Ever since the world has become one enormous marketplace, we have seen a constant change…