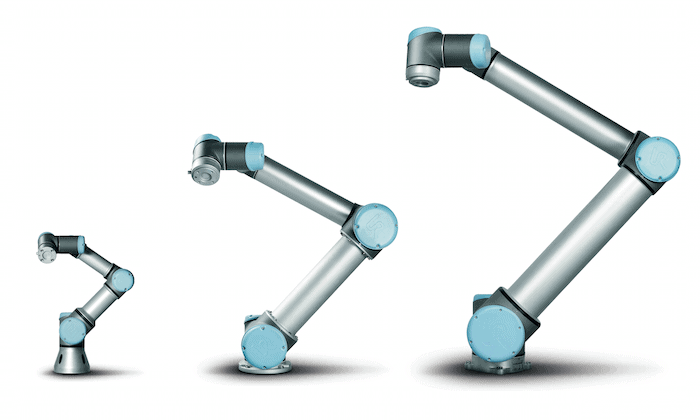 Robotic technologies aren’t new to the enterprise world. For ages, robots have been used across industries to automate tasks that were considered repetitive, time consuming and strenuous for humans. Now collaborative robots, popularly known as Co-bots are all set to drive the next wave of technological innovation. Universal Robots, the Danish manufacturer of collaborative robots that launched its India operations earlier this year, is betting big in the Indian market. We interact with Pradeep David, General Manager, Universal Robots, India, to understand more about Cobotics and its potential impact on the Indian enterprise space. Excerpts

Please tell us more about Collaborative robotics technology? Also share some industry examples on how its use is making significant impact on human productivity?

Collaborative robots (co-bots) are different from Industrial robots as they are built to function alongside their human counterparts. This ability enables these co-bots to collaborate with humans in task-oriented working environments. They are unique as they are lightweight, portable and can be easily integrated into a facility. Being user- friendly and flexible, they are very easy to set up and can be used for multiple applications within the same day. Co-bots are tools that enhance performance in a wide range of industries, from small machine shops to large auto assembly line. They have been built to function as an extended arm and in integration with a human worker and play a pivotal role in facilitating otherwise mundane and repetitive processes in manufacturing units.

They offer a variety of applications depending on the industry, like pick and place, injection molding, CNC, packaging, assembly, polishing, machine trending, gluing and also dispensing and welding in the safest way possible. A major German Car Manufacturer is a good example as they witnessed that, the robots cannot deal with the degree of customization and the many variants that the company has to offer and needed human expertise for the same. Since their aim was to produce elite models of cars in minimal time period, they needed the human proficiency that robots could not bring. Robots are good at reliability and repeatedly performing defined tasks but are not programmed to adapt with such a competitive environment. With manufacturing focused around a skilled crew of workers, the company could shift a production line in a two days instead of the weeks needed in the past to reprogram fully automated robots and shift assembly patterns.

In what all ways Cobotics can benefit a modern day enterprise?

Co-bots are distinct as they only contain a co-bot unit, a controller and uses an intuitive software to mechanize the co- bots allowing even the most inexperienced user to quickly grasp the basics of programming and set waypoints by simply moving the robot into position. Co-bots automate and streamline repetitive or potentially unsafe processes by using dynamic force, thereby reducing injury unlike industrial robots.  They are designed to be used without safety fences and the safety system is monitored based on- joint position, speed, TCP position, orientation, speed and force, as well as the momentum and force of the robot.

A recent study by MIT found that robots and humans working together in a team can be 85 percent more productive than teams made of either humans or robots alone. Easy programming and ability to be used as an advanced tool by the worker makes them a favored choice for assembly line over regular robots.

Please tell us more about Universal Robots’ operations in India?

Universal Robots in India is a fully owned subsidiary of Universal Robots A/S Denmark and have had a passive presence in the Indian market since 2010, primarily serving automotive giant Bajaj Automotive Limited.  The India office is based out of Bengaluru and we have a branch office in Delhi NCR region mainly catering the Northern region. Both our offices have demonstration robots available for interested customers to witness, program, setup and learn about collaborative robots.

Universal Robots in India currently has eight Authorized Distributors – three in Pune, two in Bangalore, one in NCR, one in Nasik and one in Chennai.

How big is the opportunity in India? Which will be the key industries/markets?

Presently, India is one of the countries with the least adoption rate of industrial robots. By 2018, India is predicted to adopt 6000 robots unlike our Asian counterparts, China which will ship at least 1,50,000 robots into their country by that time. Businesses around the world are looking at automating their processes as it not only increases the efficiency of an organization but also improves the quality of products being produced by the respective manufacturing units. Robots are being looked at as an advanced tool that will enhance production operations. For countries like India, this is the right time to start adopting Robots. Universal robots optimizes production levels and the key industries that these co-bots are best used for- the Automotive, Food and Processing, Electronics and Technology, Metal and Machining, Research, and Pharma industries.

What will be the major challenges?

More than 14,000 users from 132 countries have joined the Universal Robots Academy to become robot programmers.…