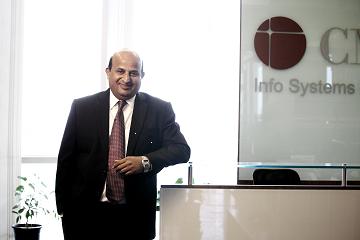 According to a report by RBR, the number of automated deposit ATMs will grow more than twice as fast as non-deposit ATMs over the next decade. In an interaction with Dataquest, Manjunath Rao. VP & Head of Sales, CMS Info Systems talks about the opportunity of BNAs (Bulk Note Acceptors) in the Indian market. Excerpts

How do you see the market for BNAs in India?
BNAs are a new generation, intelligent, and secured ATMs that have the multi-functional ability to accept deposits or dispense transactions of bundles notes (up to 200 mixed denomination notes), after having counted and authenticated them in about 8-10 seconds.

We believe an immediate opportunity for BNAs in India is about 20,000–which is the number of existing ATM machines that accept envelop deposits and should ideally be replaced with these machines. While this may sound like a small number, the longer term potential is much higher, when one considers trends in other countries such as China which deploys 50,000 to 60,000 BNAs every year.

According to an RBR study from 2011, the overall international market for deposit automation is expected to grow at a compounded annual rate of 11% through 2020, representing a total of 1.4 mn terminals. China is expected to be the largest market for deposit automation in the world by 2020, assuming a possible installed base of 450,000 terminals, which will make it more than twice the size of the next largest market, Japan. RBR further forecasts that the number of automated deposit ATMs will grow more than twice as fast as non-deposit ATMs over the next decade.

As of 2014, India had an installed base of approximately 3,500 deposit automation machines. In the year 2015, India is expected to add at least 10,000 machines to this number. The sudden spurt can be attributed to instant adoption by customers as well as the apparent operational efficiencies that these machines bring to a bank branch.

Perhaps the most significant impact of Cash Recyclers is that due to their capabilities of sorting out damaged, soiled and counterfeit notes, over time and with enough machines deployed, they will improve the quality of the currency in circulation, which will go a long way in helping RBI maintain a steady supply of fresh bank notes under its clean note policy.

What are the key trends likely to see in this space?

Great strides have been made in the field of banking technology innovation and automation, especially in enhancing customer service and convenience using self-service technology. For example, the State Bank of India has become a pioneer for introduction of automation in operational processing thereby enhancing convenience and also increasing productivity. They have started an initiative called ‘in-touch’ digital branches designed around intelligent self-service automation, with minimal human interaction. These are interactive branches designed for swift opening of bank account, cash withdrawal, and deposit, cheque cashing, issue personal debit card and e-banking access. These branches are being deployed in urban areas. Such branches are just some of the touch points wherein Intelligent Deposit Automation or Bulk Note Acceptors (BNAs) can provide great value.

With the thrust provided by RBI in incentivizing banks to rapidly deploy intelligent ATMs for customer service, there are many more banks which have shown keen interest to install the same. This is going to change forever the cash deposit experience that we as bank customers currently have, and will have the same impact that ATMs and cash dispensers machines had on our retail banking experience when they were first introduced.

The potential impact of BNAs or CDMs or cash recycler in the growth of banks and customer service is significant, and while the uptake may be slow to begin with, we remain confident that it will definitely pick up as banks start to realize its value.

What are the challenges specifically in context to Indian market?

The most significant would be shortage of reliable power availability in most locations across India. This leads to expensive power backup systems to ensure terminal availability. A large percentage of the rural areas have no consistent service of electricity, thus hindering the objective of installing ATMs and BNAs as self-service terminals.

The other challenge that we commonly face is from the environment which is very dusty and humid throughout the year, which mandates the use of temperature conditioning and constant maintenance visits which further adds to the cost of operations.

Can you name some of the banks or your clients which have implemented this?

Posted by: Charu Murgai
View more posts
India is a huge market for Bulk Note Acceptors (BNAs) 0 out of 5 based on 0 ratings. 0 user reviews.
UTStarcom extends its partnership with BSNL
Indian Government to spend $6.8 billion on IT in 2015, predicts Gartner

Isolated attempts can cause disaster

Our endeavour is to ensure we improve the quality of care delivered to our patients: MyHealthcare

The health IT business, MyHealthcare was established in 2017. Through all treatments and services provided by the…

Channels to enhance skills have widened