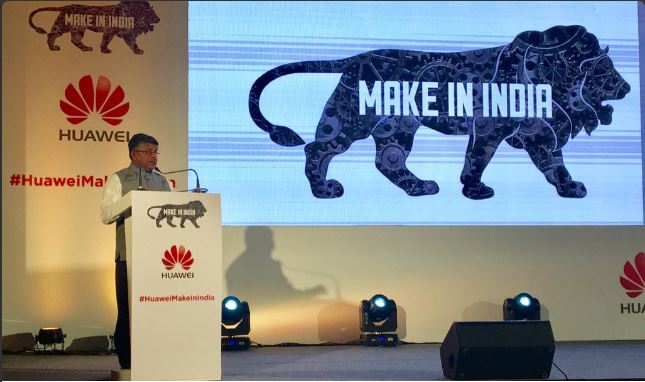 Ravi Shankar Prasad, Union Minister, Information & Technology, Law and Justice while addressing the audience at the Huawei’s event in New Delhi said that India has got 40 mobile manufacturing units in last the two years. The government of India’s Make In India program has enticed global manufacturers to set up their units in India because of a lot incentives.

According to the minister, the manufacturing investment has increased from Rs 11,000 cr to Rs 1.24 lac crore in the country in last two years. He also added that India has this year manufactured more than 100 mn mobile phones which is a step further in realizing the Make In India dream of the Modi government.

The government is committed to take these numbers manifold to new heights as it is trying its best to invite manufacturers from all over the world to make in India. India has become a strategic point for global manufacturers because of its huge base with 1.2 bn population and an easy access point for Middle-Eastern and African markets.

The incentives offered under the Make In India program are expected to yield more results in the coming years as the program gets boost from the overall Digital India program. However, it remains to be seen if the government is able to increase these numbers. The biggest hurdles in the way of ‘Make In India’ has been the absence of manufacturing ecosystem in India. However, the growth of manufacturing clusters in the last few years is set to transform the situation.

The e-inauguration ceremony of the Yotta Infrastructure NM1 data center was held today. The participants…