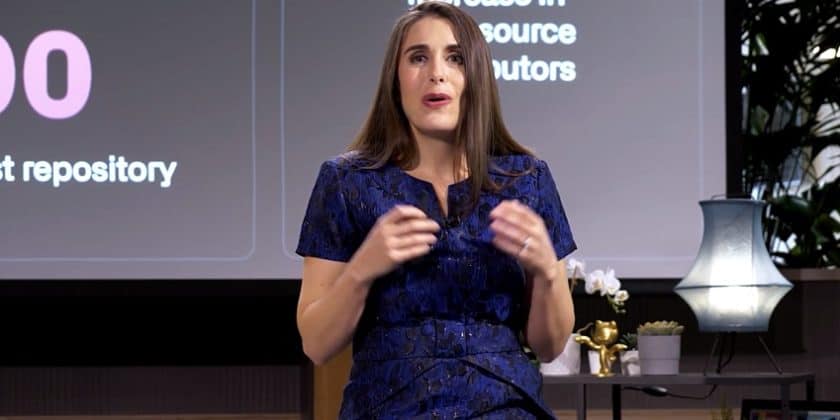 GitHub has announced new programs for developers, students and startups in India at the GitHub Satellite India virtual event, kicking off today, attracting participants and speakers from across the country.

India is home to GitHub’s third largest community of developers and since GitHub officially launched its operations in India in February last year, the company has witnessed phenomenal growth in the country.

In public repos, the number of contributors increased by 80 per cent over the previous year and over 1 million developers created their first repository on GitHub in India, making it the fastest growing country in the world, in terms of developers contributing to open source. GitHub predicts the community will grow to more than 10 million developers in India by 2023.

The company is witnessing the same level of engagement and growth across enterprises embracing open source. The pandemic has accelerated digital transformation and urged companies to adopt more flexible ways of working to continue to innovate and remain relevant.

In less than a year, the adoption of Enterprise by businesses based in India has tripled. Companies such as Infosys, Cognizant, InMobi, Udaan, ShareChat, Capillary Technologies, Swiggy, ArisGlobal and many others have chosen GitHub to collaborate and build the software that powers their businesses, accelerating digital transformation, no matter where their developers are based.

Indian developers are truly building the future of software and the country is uniquely positioned to continue to drive innovation that accelerates human progress. We are humbled to serve and celebrate this community connected by code and it is a privilege to be part of this incredible journey, empowering the developer community and businesses in India, to build the technology that is driving the nation’s growth.”

As GitHub continues to grow its developer community in India, the company has introduced three new programs for India: GitHub Open Source Grants, Externships, and Accelerate.

To support and fund open source maintainers and contributors in their important work, they have launched the Open Source Grants for India. It will offer grants for a total sum of INR 1 crore (10 million) to celebrate and support the extremely valuable open source projects that are driving innovation across India, and raise awareness of this important work to attract more software contributions from the developer community across the world.

India is also home to one of the largest communities of student developers in the world. In 2020, GitHub saw the number of students participating in the GitHub Campus program increase by 142 per cent. Over 100,000 students signed up to GitHub Student Developer Pack and its campus offering was adopted by more than 100 higher-education institutions in India.

To support this growing community of student developers, the company is launching GitHub Externships, which builds on it’s Campus offering by providing students a unique opportunity to engage with companies in India, via fellowship programs, and build the right skills future developers need, to succeed in an enterprise environment. The program helps to connect the dots between open source, the next generation of software developers, and successful companies.

To support India’s vibrant tech startup community, in partnership with a few leading venture partners in India, they ran a pilot program last year to provide access to GitHub Enterprise to startups in India. The program has seen outstanding engagement, with nearly 200 StartUps signing up, including AirMeet, Kawa Space, and ClearQuote, to name a few.

As a next step, GitHub has announced the extension of its GitHub Accelerate program to startup accelerators, incubators and more venture partners in India, expanding the eligibility of the program to more than 1,000 new startups in the coming year. As Accelerate grows, GitHub predicts that the number of developers contributing to open sourceprojects in India will reach record levels over the next few years.

Along with these programs announced to further accelerate, empower and serve the developer community and ecosystem in India, GitHub has also announced a partnership with the NASSCOM FutureSkills program.

GitHub will extend its GitHub Campus Program and Student Developer Pack to students, educators and institutes that are a part of NASSCOM’s university initiatives. Startups participating in NASSCOM’s incubator programs will also be able to access the GitHub Accelerate program.

The NASSCOM FutureSkills program aims at reskilling and upskilling two million professionals from the current IT workforce, and training another two million coming out of universities and other industry sectors across the country.

Posted by: DQINDIA Online
View more posts
Tags:Github, GitHub Satellite India
India emerges as the fastest growing country in the world by open source contribution: GitHub 0 out of 5 based on 0 ratings. 0 user reviews.
All you need to know about the US India Artificial Intelligence initiative
Amazon’s managed service uses ML to detect anomalies in business metrics

We are Focused on Both Lateral Hiring and Bringing More Freshers on Board: Guru Bhat

In an exclusive interaction with Dataquest, Guru Bhat, GM Technology & Head of Engineering– PayPal, talks about…