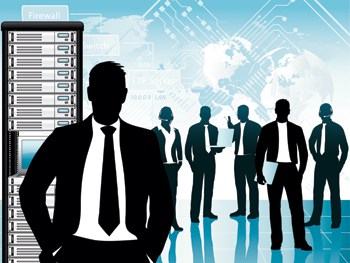 To showcase the contributions of the Indian IT industry to the US economy, The National Association of Software and Services Companies (NASSCOM) today released a report titled, “Contributions of India’s Tech Industry to the U.S. Economy” on the sidelines of U.S.-India Strategic and Commercial Dialogue. According to the report, India-based information technology companies providing services to American businesses and other customers invested more than $2 billion in 2011-2013; paid $22.5 billion in taxes to the U.S. Treasury in those years; and today support more than direct and indirect 411,000 jobs in the US – including 300,000 held by U.S. citizens and permanent residents). . The report also documented charitable activities by Indian IT services companies in the U.S. through volunteers, scholarships and grants such as a $35 million gift from Tata Consultancy Services to Carnegie Mellon University announced last month.

Introducing the report, India’s Minister of State for Commerce and Industry, Nirmala Sitharaman, said, “Indian IT organizations benefit from access to the U.S. market, just as American IT organizations benefit from their investments and operations in India.” She added, “This momentum is surely going to increase manifold with new partnership opportunities emerging in the areas of Digital India and Smart Cities for American technology firms.”

In the report’s forwarding remarks, NASSCOM President R. Chandrashekhar noted that “The two-way flow of investments and intellectual talent is central to the growing commercial and strategic relationships between India and the U.S.” For many years, NASSCOM has advocated for more open markets for U.S. companies in India, as well as for U.S. policies that permit temporary high-skilled workers from India to support their hundreds of American customers.

Direct and indirect jobs supported by India’s IT sector in the U.S. grew at an annual rate of 10 percent in 2011 to 2014, or about six times higher than the average jobs growth rate of 1.7 percent during that same period. India’s IT sector is supporting an estimated 300,000 jobs for U.S. citizens and Green Card holders in 2015. The report further noted that states leading the number of direct jobs created by India IT sector operations and investments are California, Texas, Illinois, New Jersey, New York, Georgia, Ohio, Washington, Michigan, and Pennsylvania. Texas, Michigan, Illinois, California and Georgia had the fastest rate of job growth in 2011-2013.

In addition to jobs, investments and taxes paid, the report estimates that philanthropic activities by Indian IT companies touched more than 120,000 American lives in 2011-2013, with a major focus on educating more Americans in science, technology, engineering and math (STEM) skills increasingly needed by US employers. The report also lists several recent examples of grants by leading India-based IT services companies including a $1 million grant by Infosys in computer science education in U.S. schools; an $8 million commitment from Wipro to support fellowships for STEM education teachers; and a $35 million commitment from Tata Consultancy Services (TCS) to Carnegie Mellon University in August for a new 40,000 square-foot technology building plus fellowships and scholarships for outstanding students.

Indian Minister of State for Commerce and Industry Minister Sitharaman is visiting Washington, DC, Sept. 21-22 for the U.S.-India Strategic and Commercial Dialogue hosted by her counterpart, U.S. Secretary of Commerce Penny Pritzker. Announcing plans for the dialogue during her visit to India with President Obama in January 2015, Pritzker said, the dialogue would “ensure that the United States and Indian businesses – small, medium and large – are in a position to capitalize on abundant opportunities that exist in both of our countries.”