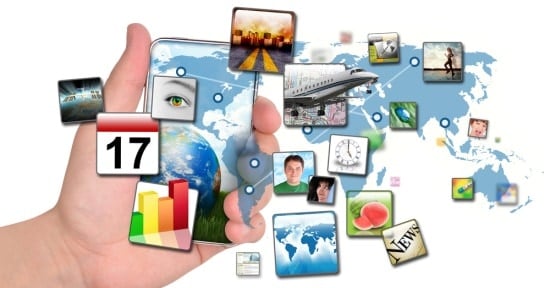 The usage of Smartphones through Apps continues to increase which also creates new use cases of the device increasing the user dependence on it. Today, most of the Indians use as many as 24 apps on their Smartphones.  While this is a good sign of majority of the users judiciously using apps and installing only the ones that add the the usability of the Smartphone, yet, there is a need to increase the awareness and educate users about the apps. 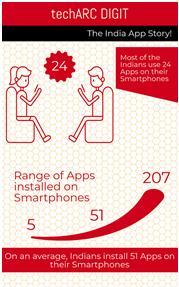 As per the techARC DIGIT insights, the average number of apps installed is 51; however, the range goes as high as 207. This indicates that there are some users who go on installing apps without much of a thinking and understanding.  Such extremely high installation of apps can not only drain the Smartphones in several ways and also impact its performance, but can also expose such users to various vulnerabilities that could be acquired by the device through some apps. 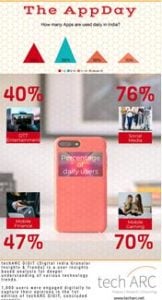 Apps have got embedded into the daily lives of Indians.  As many as 38% of the users use 6-10 apps a day.  By category, the Social Media apps lead the usage with as many as 76% of the users using them on a daily basis. Mobile gaming has gained a lot in the recent times.  It stood as the second category with 70% of the users playing one or the other game daily on their Smartphones. Not surprisingly 47% of the users use financial apps that include banking apps as well as wallet apps to perform one or the other financial transaction digitally.  The user confidence has gone substantially up in such apps resulting in their increasing usage.

The OTT Entertainment apps which include Live TV, VoD and other such apps showing video content is also gaining popularity.  40% of the users are watching content on a daily basis.

The rise in usage of gaming and entertainment apps is a good news for the telecom operators.  These two are data heavy applications of a Smartphone which can become promising revenue generators for them once the hyper-competitiveness settles in the market, due to which the data and apps over it, are offered free or at very subsidised rates.

For Smartphone OEMs, usage of apps of this order means that they shall have to continue to increase the performance of the Smartphones holistically, where the processor has a crucial role to play.  Other than that, battery, display and audio will continue to be the areas which will require improvisations to let users increase their daily usage of resources heavy apps like gaming and video.

Posted by: DQINDIA Online
View more posts
India App Engagement is on the Rise: techINSIGHT 0 out of 5 based on 0 ratings. 0 user reviews.
Infosys Announces Joint Venture with Hitachi, Panasonic and Pasona in Japan
‘Cyber Criminals are using Artificial Intelligence to Break into Advanced Security Systems’