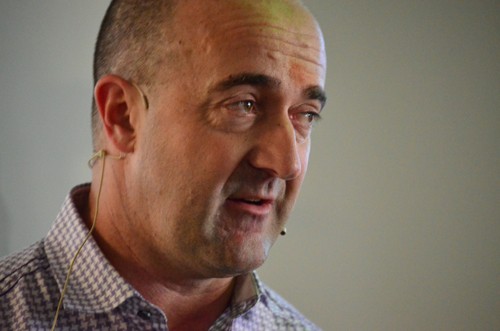 It is believed that finding top talent is a significant barrier to business growth and executives see the shift towards gig-based work as a threat instead of an opportunity. What’s your say?

Finding top talent is indeed a top priority for all companies, particularly when it comes to their technology teams.  The global shift towards gig-based work can be a threat, but only if executives resist or deny this trend.  The reality is that hundreds of platforms are emerging which enable gig-based work, and many talented workers are embracing this model.  So the smart executive will embrace this reality, and turn it into an opportunity to access this top talent, even if they can’t hire them full-time.
Do you believe that the increasing competition for tech talent is placing a major strain on the enterprises?
Yes.  Increasing competition for technology talent is straining most IT departments, particularly in non-technology companies.  The best technical talent wants to work either for top technology companies, or for themselves as freelancers.
What are the growing trends within the cloud services and enterprise space and the advantage that crowdsourcing offers their customers?
There is a growing trend in enterprise software towards the public cloud-based model.  Even traditional software vendors such as Oracle and SAP are starting to embrace this trend, although the clear leaders are born-in-the-cloud companies such as Salesforce.com and Google.  Crowdsourcing offers a major advantage to customers of cloud-based software, in that freelancers can easily access the same versions of software that the customers are using.  A solution built by a crowd community member on Salesforce.com will work the same on the customer’s Salesforce.com tenant.
To bridge the talent gap and meet demands of both businesses and employees, many companies are embracing crowdsourcing. Please explain
Crowdsourcing enables companies to bridge the talent gap, and meet the demands of both their workers, and their employees.  Large crowdsourcing communities typically have hundreds of thousands of members, with deep skills in almost any imaginable technology, including hard-to-find expertise.  Crowdsourcing also lets companies access top talent, which is important because in technology, the most talented designer or developer is often five to ten times as productive as the average worker in the same field.
Which tech skills are in huge demand in the enterprise space, and which skills are phasing out or declining?
In the enterprise space, tech skills in huge demand include user experience (UX) designers, modern user interface (UI) Javascript library programmers, mobile application developers for both iOS and Android, and algorithm/data scientists.  These skills are scarce in enterprise IT departments, but can be found in crowdsourcing communities.  Skills that are declining include outdated Javascript libraries, traditional (non-cloud, on-premise) programming technologies, and on-premise versions of software such as Microsoft Exchange or Siebel.