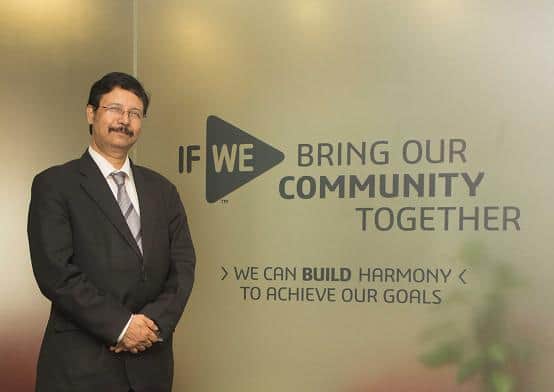 What are the issues facing building of smart cities and what kind of data would be needed to help make decisions?

United Nation’s World Urbanization Prospects report states that the world’s urban population is expanding rapidly – today, 54% of the world’s population is urban, and urbanisation is expected to grow to over 70% by 2050. In emerging markets, urban dwellers account for approximately 2.6 billion people and this will grow to nearly 3.9 billion people by 2030. India however, is still in early stages of urbanisation compared to other parts of the world – only about 31% of the country’s population lives in cities, while globally; this number is nearly 54%. Urbanisation is as high as 82% in North America, 48% in Asia and 40% in Africa. Over the next decade, keeping in line with global trends, India is likely to witness a massive rise in its urban populations and it is imperative that we develop a proactive strategy to manage this urban explosion.

Cities, if developed strategically, contribute extensively to the economic growth of the nation. However, if urban growth is unchecked and unplanned, it could lead to massive energy and water consumption and wastage, and growing carbon emissions. Already, cities release nearly 80% of the world’s carbon emissions, city buildings consume a third of the world’s energy supply, and almost 50% of city water goes to waste because of leakages and inefficient planning. Delhi for instance, faces rising air, water and pollution issues and is on the verge of being marked as the most polluted city on the earth. Other challenges these developing urban areas face are ever increasing transport demands, insufficient road space for public transport and pedestrians, depleted ground water resources, dying fresh-water bodies, unplanned and unauthorised colonies, citizen safety, inadequate and unplanned housing, growing unemployment, municipal waste disposal and management, insufficient healthcare, poor disaster management planning etc.

In this era of rapid urban growth, it is important that India embrace the idea of ‘smart cities’ – long-term, sustainable cities – to ensure an enhanced quality of life for its growing urban population and continued sustainable economic growth.

Both emerging and existing cities have the need to tell the story with ‘smart’ goals and objectives. For an existing city to evolve into a Smart City, it has to connect seemingly disparate elements into working as a healthy organism through data and digital DNA collaboration and federation between different city stakeholders. At the same time it is important to understand that smart city is not about just proliferation of sensors in city, houses and various systems. Approach to a smart city could be quite different for an ‘existing’ or a ‘new’ city. In both these cases one thing that will be critical is to create a digital model of the city in a 3D city application (capturing ‘as is’ status of all subsystems mentioned above or defining the subsystems for new cities) to understand the performance of a city as a system. Smart cities need to be sustainably built not only for the ‘city administrators’ but for citizens. A smart city would have several stakeholders such as (i) citizen, (ii) city administrators, (iii) government bodies, (iv) enterprises and business communities and (v) education and research institutions. A smart city programme has to consider perspectives of its different stakeholders.

Smart City will require considerable systems integration. Simplification and standardisation (where possible) of data which will be a key enabler of the integrated Smart City. Reusing  existing city data will be a considerable task and there is a need for flexible and open smart city platform which can easily integrate with existing 3D/2D city planning data , GIS , Maps,  ERP PLM , SCM, CRM and Social networking Apps which would contribute to better decision support and greater success of smart city development.

In your view how are smart cities of future supposed to be?

This is the future smart city – it’s a rush hour in the city. People make their way home after a hard day’s work. Cars pass by as cyclist’s stream along purpose-built lanes, safe from motorised traffic and unpredictable pedestrians. As the city unwinds into the evening, indoor sensors adjust the ambient temperature and turn lights on; televisions and radios are operated with a gesture from an armchair. Outside, sensors monitor atmospheric irritants; ready to alert those at risk should dangerous levels be reached. A computer planning the city’s waste collection receives data about foul-smelling and full bins. Traffic systems constantly check and adjust, ensuring jams and accidents are a thing of the past. Unknown to its citizens, every function of the city is silently optimised to make life simple and efficient.

This is a common vision imagined for smart cities of the future: efficient, responsive hubs consisting of vast, interconnected technological systems.

By 2050, the World Health Organization predicts that 70% of the population, or 6.4 billion people, will be urbanites. Many of these will live in cities that are decades or centuries old, built for vastly smaller populations with very different needs. As these new metropolises gestate and grow, they risk becoming sprawling, inefficient sinks, wasting precious resources such as land, water and energy, and becoming harder to manage logistically.

While this is the smart city vision for the future, we have to face the reality of India’s cities today, and recognise the work that needs to be done. A city must be viewed as a system that takes in a certain set of inputs and delivers services to its citizens; the real challenge of the near future is to develop a city that minimises resource consumption, wastage and pollution, and delivers the desired levels of service to its citizens by leveraging smart city technologies.

What should be the approach towards building a smart city?

Increasingly, planners, architects and technologists are being forced to bring imagination to life as they wrestle with one of the great challenges of our time: how to deal with an ever expanding urban population in a sustainable and efficient manner. The 3DEXPERIENCity PLATFORM aims to bring together all stakeholders in the city to simulate and predict the city of tomorrow and harmonize its development.

Smart Grid: A smart grid supports a two-way real time communication and would enable better anticipation of energy consumption, reduction of energy peaks and the better integration of renewable energies within the network. Improved monitoring and management of electricity grids, first with smart meters and then by integrating more advanced IT into the energy network. Such grids support both real- time pricing and net-metering. A smart grid expects the “operation and maintenance” system to be highly automated and digitized equipped with the state- of- the- art on- line condition monitoring devices to support a ‘predictive maintenance” program wherein faults can be detected at an incipient stage avoiding secondary damages. A smart grid assumes power generation to be both centralized and distributed to optimise a complex network of “power value chain”. A “smart grid” can anticipate faults and system disturbances and it is also equipped with automated processes that can trigger actions directed towards “self-healing”.

Smart Preparedness for Disaster: Prepare citizen and ecosystem to handle all type of disasters in the city. Such system would also have the ability to predict disasters including natural calamities.

Safe City: Making cities a great place for women by providing a welcoming environment including safety and security, creating enablers for women to perform at their full potential and be leaders in our companies and communities.

How are 3DEXPERIENCECity projects aimed at creating smart cities?

A virtual platform for Smart City aiming at federating all initiatives of sustainable and efficient availability of key resources such as energy, water, transport, urban infrastructure, education and healthcare for the benefit of the people of city and the respective state actors. Relying on a ‘Multi-Dimensional Collaboration and Simulation’ platform and industry best practices, the idea is to bring together government, utilities, people, regulators, equipment manufacturers and advisory bodies to collaborate and innovatively improve the urban ecosystem in terms of urban analytics, governance, mobility networks, energy networks and places of living and work.

Using simulation and systems engineering, different stake holders of a ‘Smart City’ can anticipate the impact of their choices, in a holistic manner by running simulations and mapping ‘to-be’ scenarios as to how the city will shape in the next 5, 10 or 20 years so that efficient town planning can be done to make the city a modern Smart City – sustainable and futuristic.

The Multi-Dimensional City framework includes renewable energy sources, city or town planning, regulatory bodies in charge of water and waste, ultimately helping society at large. The exchange of ideas, initiatives, resources and technology in this virtual collaborative platform could help in creating a momentum strong enough to propel innovation in this area.