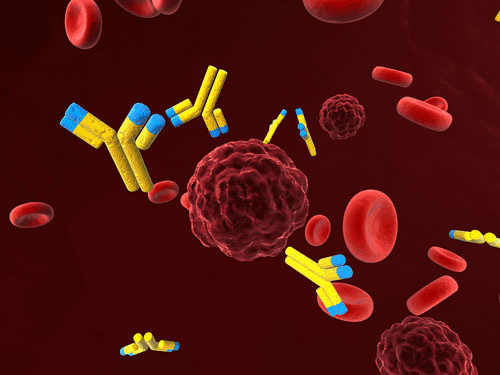 Cancer is caused due to the uncontrolled growth of cells driven mainly by genetic alterations. In recent years, high-throughput DNA Sequencing has revolutionized the area of cancer research by enabling the measurement of these alterations. However, due to the complexity and size of these sequencing datasets, pinpointing the exact changes from the genomes of cancer patients is notoriously difficult.

The results have been recently published in the reputed peer-reviewed International Journal Cancers.

Explaining the rationale behind this study, Prof. B. Ravindran, Head, Robert Bosch Centre for Data Science and AI (RBCDSAI), IIT Madras, said, “One of the major challenges faced by cancer researchers involves the differentiation between the relatively small number of ‘driver’ mutations that enable the cancer cells to grow and the large number of ‘passenger’ mutations that do not have any effect on the progression of the disease.”

The Practical Applications of this Research include:

The researchers hope that the driver mutations predicted through their mathematical model will ultimately help discover potentially novel drug targets and will advance the notion of prescribing the “right drug to the right person at the right time.”

Elaborating on the need for developing this technique, Dr. Karthik Raman, Associate Professor, Department of Biotechnology, Bhupat and Jyoti Mehta School of Biosciences, IIT Madras, said, “In most of the previously published techniques researchers typically analysed DNA sequences from large groups of cancer patients, comparing sequences from cancer as well as normal cells and determined whether a particular mutation occurred more often in cancer cells than random. However, this ‘frequentist’ approach often missed out on relatively rare driver mutations.”

In this study, the researchers decided to look at this problem from a different perspective. The main goal was to discover patterns in the DNA sequences – made up of four letters, or bases, A, T, G and C surrounding a particular site of alteration.

The underlying hypothesis was that these patterns would be unique to individual types of mutations – drivers and passengers, and therefore could be modelled mathematically to distinguish between the two classes. Using sophisticated AI techniques, the researchers developed a novel prediction algorithm, NBDriver and tested its performance on several open-source cancer mutation datasets.

Highlighting on the performance of the algorithm, Dr. Ravindran added, “Our model could distinguish between well-studied drivers and passenger mutations from cancer genes with an accuracy of 89%. Furthermore, combining the predictions from NBDriver and three others commonly used driver prediction algorithms resulted in an accuracy of 95%, significantly outperforming existing models.”

NBDriver is available publicly and can be used to obtain predictions on any user-defined set of mutations. In short, given a new mutation and its surrounding DNA makeup, one would be able to predict its class – driver or passenger.

The Next Steps of the RBCDSAI Research Team in this topic include:

Tezos India and TZ APAC have announced Tezos hackathon in Asia TEZASIA. TEZASIA is a…

MetaOneVerse, a UAE based cryptocurrency platform, launches their staking application, which aims to develop metaverse…

Cybersecurity is like participating in a marathon and running to succeed