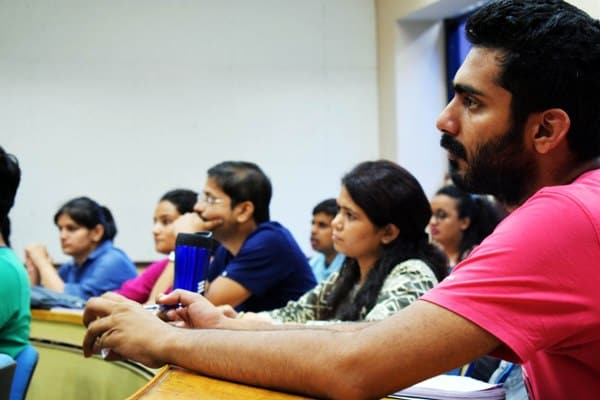 IIT Kharagpur had in 2006 introduced a new academic discipline in the IIT system – Intellectual Property Law. With Intellectual Property Rights (IPR) still as the key domain, the Rajiv Gandhi School of Intellectual Property Law school has been in promoting IPR workshops for young innovators. A few years back a drive was undertaken at the School to promote Geographical Indication tag for traditional crafts across the country. In the Spring semester, the School conducted project-based learning by enabling the law students to draft patent documents of actual innovations made by the researchers at IIT Kharagpur.

“While we routinely conduct patent drafting exercises this is the first time we have adopted real-time patent applications prepared by the students. In its endeavour to enhance practical understanding for students, RGSOIPL has yet another time taken a unique approach not typically done in other law schools. Our law school students have the best benefit of being in an IIT system by meeting face to face the institute inventors who are working on high-end technologies and also understand the entire process of converting the invention disclosure to the patent application,” remarked Dean of the School Prof. Goutam Saha.

The process involved studying the invention disclosure and preparing the patent application with the claims in line with the statutory requirements under patent law and the examination practice. An innovator from IIT Kharagpur also participated in the session so that technical queries in relation to research works could be clarified.

“Students of the law school have been involved in conducting patentability searches, participating in inventor interview meets to enhance practical knowledge. Further, as part of the Legal Aid and IP Facilitation Cell, they have been working along with the faculty of the School in conducting IP search and analytics,” said Prof. M Padmavati, Former Head of the School. She further opined on the background of the LL.B honours students who are from the engineering or science background and pursuing specialization in IP Law.

The exercise was facilitated by the IPR Cell of IIT Kharagpur. The drafted claims and patent specifications were evaluated by the patent attorney of the Institute. The patent attorney provided students important insights into the drafting of patent specifications and claims including the cross-jurisdiction practice.  The session was conducted with utmost regard to safeguarding IP and maintaining IP compliance.

Posted by: DQINDIA Online
View more posts
IIT Kharagpur Law Students to Draft Real-time Patents for Institute’s Innovations 0 out of 5 based on 0 ratings. 0 user reviews.
Why NITI Aayog CEO believes India is in a position to be an AI global leader
Why cloud computing is important for start-ups in the times of economic slowdown