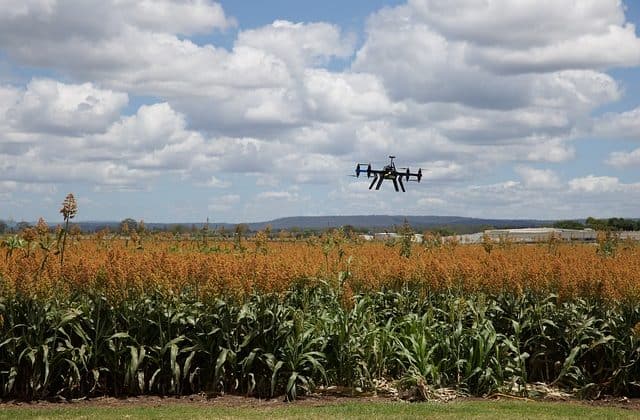 IIT Kharagpur has announced the launch of an online course called “Application of Digital Technologies in Agriculture” to train researchers to use smart technologies in India’s agricultural practices. The course aims to train learners on the use of modern technologies such as artificial intelligence, drones, machine vision techniques, computer aided design, and sensors in agriculture.

The online course has been sponsored by NAHEP-CAAST, Indian Council of Agricultural Research, New Delhi. The short-term course will be conducted by the Department of Agricultural and Food Engineering at the Indian Institute of Technology, Kharagpur.

“It is crucial to empower the human resources with digital technologies in the field of agricultural science and technology, particularly in less-explored domains. The penetration of such knowledge will drive further R&D and create a culture to understand and expedite the adoption of advanced technologies in agricultural practices,” said Professor Rajendra Machavaram, joint Principal Investigator of NAHEP-CAAST-IIT Kharagpur.

The NAHEP centre, according to IIT Kharagpur, is integrated by three interdisciplinary research divisions such as Agribots, Agri-Drones and Agri-AGV’s based on four portfolios namely:

The current course will pilot with the postgraduate and doctoral students, faculty members, and scientists from the Vasantarao Marathwada Krishi Vidyapeeth, Maharashtra, said a statement from IIT Kharagpur.

Posted by: DQINDIA Online
View more posts
IIT Kharagpur Launches Online Course on Application of Digital Technologies in Agriculture 0 out of 5 based on 0 ratings. 0 user reviews.
Here’s How Anyone Can Orchestrate a Cyber Attack Using Hacking-as-a-Service
Speed of digital transformation to accelerate across SMEs in 2020: TTBS