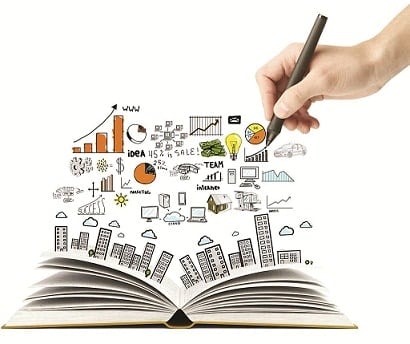 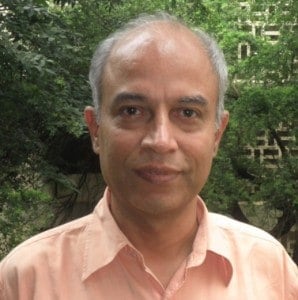 Professor Kannan Moudgalya is an unusual person to say the least. Firstly he is a Chemical Engineer, who also has a degree in Electrical Engineering. That is just the beginning. He has transited from being Professor in Chemical Engineering to being deeply involved in educational technologies. Incidentally he has also written a book on Digital Control.

Could you explain your career journey, so that we better understand you as a person?
I studied BTech (Chemical Engineering) at IIT Madras. I went to do PhD at Rice University at Houston – Texas. I also did Masters in Electrical engineering. I graduated in 1985 with two degrees – Electrical Engineering and Chemical Engineering. After this, I worked at Lehigh University for two years. Then I came back to IIT Bombay and have been here for more than 25 years.  I also spent 1 year at University of Alberta, Edmonton at Canada as a visiting Professor. During the last nine  years, I have been involved in educational technologies.

Could you explain your transition from Chemical Engineering to educational technologies?
In 2006, I became head of CDEEP- Centre for Distance Engineering Education Programme at IIT Bombay to make available IIT Bombay courses for the outside world. I was the head of this centre for over three years.  We came up with lots of technologies to make available IIT Bombay regular courses to the outside world.

We received encouraging remarks from eminent people such as F C Kohli of TCS, the Chairman, Board of Governors at College of Pune, who said that live transmission had the capability to provide pedagogy along with content which recorded courses did not. We came up with new technologies to deliver courses in low bandwidth – as less as 100kbps – since compression technology was not developed well then and the recipient institutions did not have adequate bandwidth.

What educational technologies are you involved with?
I have used clicker technology, which helps the faculty assess the level of understanding through an immediate feedback so that corrective actions can be taken. For more than five years, I have used the method of flip classroom, where students read material of day’s portion ahead of time and come to class for discussions.  The effectiveness of a flip classroom is as much as a conventional classroom and it is scalable to thousands of students without affecting the quality of education. This is not possible in the conventional way of teaching.

We have used learning management systems (LMS).  We have been doing a program called ask a question in which students can  ask questions through a forum and also live through an open source software AVIEW, developed by Amrita University with funding from MHRD. In focused programs such as Ask a Question students can ask focused question and discussion can be restricted to the question.  As IIT faculty members participate in this program, the answers are reliable.  As a student can resolve their doubts, including the difficult ones, there is no need to go to expensive coaching classes, where one has to waste a lot of time learning the known topics as well.

These videos are dubbed into all 22 Indian languages. In each of the following languages, we have more than 100 tutorials: Assamese, Bengali, Gujarati, Hindi, Kannada, Malayalam, Marathi, Nepali, Punjabi, Sanskrit, Tamil, Telugu and Urdu. Including the dubbed tutorials, there is a total of about 4500 videos.

Spoken Tutorial can be downloaded free of cost from our website – spoken-tutorial.org. Spoken Tutorials are created for self learning – achieved through novice check of the script. We conduct training programmes in about 5,000 colleges using Spoken Tutorials. These are taking place in engineering, science, arts, commerce and polytechnic colleges and ITIs. At all locations, learning happens through the same videos, maintaining the quality uniform. The usage of language dubbed Spoken Tutorials is increasing, with the large scale acceptance of this method by ITIs, who entered our fold about six months ago.

We have already trained more than 40,0000 ITI students through this methodology. The local language use is expected to increase further when the Government Schools start using this methodology. Whenever Internet is available, we connect with the participants through Skype and provide moral support. The learners follow the side-by-side method. They listen to the Spoken Tutorial (video) on the left hand side of the computer screen and try it out in the open source software on the right hand side of the screen, one command at a time. Thus, the approach used in the Spoken Tutorial methodology is 100% active learning.

How can educational technologies be used to solve various problems?
In specific areas when there is a shortage of teachers, technology can be used to improve reach of education. One can teach other IT skills through training. We believe that Spoken Tutorials can be used in other skill areas such as welding, filing etc. Spoken Tutorial is a kind of MOOC – Masssive Open Online Course.