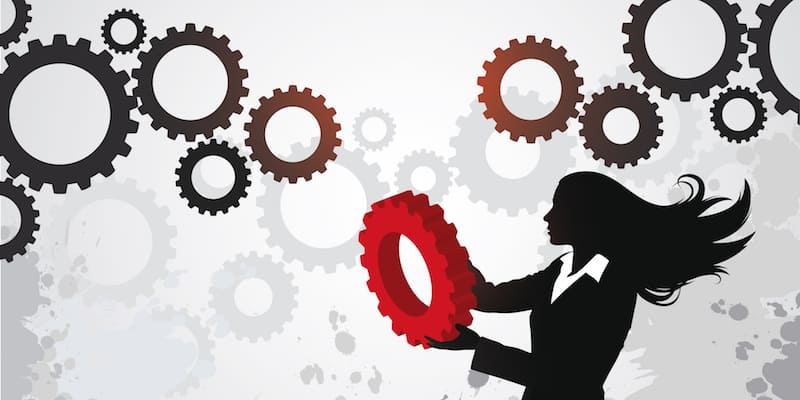 In response to the global urgency to do more to increase women’s labor force participation, a big part of IFC’s work globally is in reducing the gap between women and men as entrepreneurs, employees, corporate leaders, suppliers, consumers, and community stakeholders. IFC, a member of the World Bank Group, hosted a dialogue with CEOs and top managers from the private sector and development institutions, with the theme #Be Bold for Change in Mumbai.

While there has been global progress in reducing gaps between men and women in health and education, women still lag behind when it comes to economic participation and political empowerment. According to McKinsey’s “Delivering the Power of Parity: Towards a more gender equal society”, 2016, report women’s participation at the same level at men could add up to $28 trillion dollars to the global economy by 2025.

Speaking at the #Be Bold for Change event, Mengistu Alemayehu, Regional Director, IFC South Asia, said, “Few other successes can have the most profound and lasting contribution to social, political, and economic advancement of humanity than achieving gender equality and women empowerment. In this regard, IFC’s approach has been to pro-actively work towards the economic ownership and corporate leadership of women. Today, two decades and billions of dollars of investment in the microfinance sector later, IFC benefitted over 50 mn women. Over half of these women are in this country.”

According to IFC’s report on Improving Access to Finance for Women Owned Businesses in India, 2014, economically empowered women are major catalysts for development, as they usually re-invest their money in their children’s health, nutrition, and education. Reducing gender inequality in resources and improving the status of women is ‘smart economics’.

Henriette Kolb, Head, Gender Secretariat, IFC, said, “We are committed to being a change agent in reducing the gender gap. This can result in both commercial and social returns for the private sector.”

IFC’s work in India has had a strong gender component. For example, in 2016, IFC extended a $50 million loan to YES BANK, to be used exclusively to lend to women-owned businesses in 2016. This project is part of the Women Entrepreneurs Opportunity Facility (WEOF), the first-of-its-kind global facility dedicated to expanding access to capital for approximately 100,000 women entrepreneurs. It was launched by IFC, through its Banking on Women program, and Goldman Sachs 10,000 Women in 2014.

In India IFC is also partnering with mobile-payments company FreeCharge to encourage more women entrepreneurs to sell their products on online retailer Snapdeal, improving their financial access through technology and digital payments. We are working to understand why we are not getting more women sellers on the platform, get them access to Snapdeal platform and, through that, access to finance.

Gender equality is central to the core of the World Bank Group’s goals of ending extreme poverty and boosting shared prosperity in a sustainable manner. As part of its development agenda, IFC is committed to creating markets for all, leading to equal opportunities for both women and men.

The announcement made by the Ministry of Environment, Forest and Climate Change on October 30th…