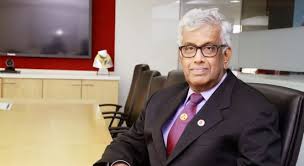 What are the challenges you foresee for IoT adoption in India?
The Internet of Things continues to march forward at great pace and this trend will accelerate over the coming years. The Internet of Things will bring many great new advances, including whole new ways of thinking about and interacting with our world. As one of the fastest growing market for cellular technologies, India has already demonstrated its appetite for technologies to revolutionize the life of its citizens across all its diversity.
Recently, the Union government has announced the names of 13 more cities which will be developed under the Center’s ‘Smart City Mission’ in addition to the 20 Smart Cities that were announced last year, making it a total of 33 cities to be developed under the ‘ Smart City Program ‘. ‘Smart Cities’ India is all set to become the most-populous country in the world by 2030; and also the biggest and the most under-penetrated market for global manufacturers and service providers.
The smart cities planned by the government are expected to use nearly 1.6 bn of connected things or Internet of Things (IoT) by 2016, an increase of 39 percent from 2015. Smart commercial buildings are expected to be the highest user of IoT until 2017, after which smart homes will take the lead with just over 1 bn connected things in 2018. Especially in large sites, such as industrial zones, office parks, shopping malls, airports or seaports, IoT can help reduce the cost of energy, spatial management and building maintenance by up to 30 percent. In 2016, commercial security cameras and webcams as well as indoor LEDs are expected to drive total growth, representing 24 percent of the IoT market for smart cities. (Source: Gartner)
Why is there a need for a platform like the IoT India Congress?
India is on its brink of an innovation revolution in the IT sector. With India expected to secure 20 percent of the global US $300 bn, Internet of Things(IoT) market by 2020, the IoT business growth in India is expected to have a projected CAGR of 28 percent over the next 5 years. Adopting IoT is no longer an option but a necessity for businesses to have a vital competitive advantage.
While a lot is being done in the government sector through initiatives such as the Digital India Program, Smart city, Water Management, Waste management, Tele-care and Safety etc at the consumer and industry level, there is an impending paradigm shift in the ofﬁng when it comes to industrial, healthcare and retail levels which will be powered and enabled by IoT. This brings to fore the need for a platform like the IoT India Congress, 2016 that can bring together all the industry impact causative sections from the IoT sector and create momentum among the retail and industrial consumers towards increasing business investment in IoT in both technology growth and R&D.

How can bodies such as the IET IoT Panel help augment IoT adoption?
The Institution and Engineering and Technology’s IoT panel is an independent and neutral visionary think-tank led by select industry leaders. The panel envisions laying a solid foundation by supporting policy makers, industry in the next step of adoption of IoT. It is an exciting time for all businesses and the IET IoT panel understands the need to collaborate and increase participation from the multiple stakeholders in the IoT value chain. The IoT India Congress, conceptualized and designed by the members of the IET IoT panel, is a platform that brings together industry leaders from different sectors, opening up a multitude of opportunities for varied industries to collaborate and work together to magnify the impact of IoT in their business environments and for the society at large.

(Excerpts from the Internet sources have been added to the interview)