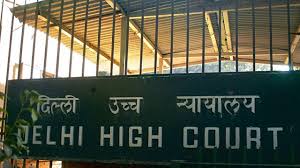 The Delhi High Court gave its judgement in the much-awaited matter involving Standard Essential Patents (SEPs), Fair, Reasonable and Non-Discriminatory (FRAND), between Ericsson, vs. Competition Commission of India, Micromax and Intex. The DHC agreed with contentions raised by Micromax, Intex stating that the CCI had jurisdiction to look into the Ericsson’s conduct in SEP licensing on FRAND terms. The judgement clears the decks for completion of the ongoing investigations and submission of the report by the Director General, CCI.

The ICA welcomes the judgement and believes that it gives a fair assessment to all parties, and the ICA views that the patent owner should be reasonably rewarded on the basis of equity, and proportionality applied to FRAND principles and like the European Commission believes that Smartphone patent wars should not occur at the expense of consumers. It is in the public interest that potentially invalid and non-infringed patents can be challenged in court and that companies, and ultimately consumers, are not obliged to pay for patents that are not infringed. Potential licensees of SEPs should remain free to challenge the validity, essentiality or infringement of SEPs.

Pankaj Mohindroo, the National President of ICA, states that the view of the ICA is in the national interest and consumer interest. If royalty is payable on end product of a device that includes taxes, duties, accessories, freight, packaging, insurance, and these items have no relationship with any patents, companies will have no option but to pass on the cost to the end consumer. This increase will make products out of reach of the common man – and it will have an adverse impact on Digital India, and Make in India initiatives of the Government of India. Competition law proscribes such conduct as described which clearly has a harmful effect on competition.

Posted by: DQINDIA Online
View more posts
Tags:ericsson, intex, Micromax, Micromax and Intex, vs. Competition Commission of India
ICA’s welcomes the judgement in the Competition Commission matter involving SEPs and FRAND 0 out of 5 based on 0 ratings. 0 user reviews.
E-commerce website ‘Honor Store’ is launched in India
Paytm makes inroads into the education sector